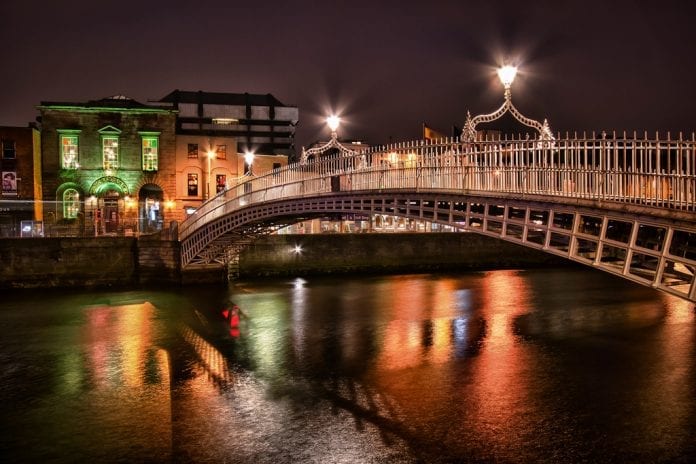 At a loss for what to do this weekend? Want to go out but don’t know what’s on? Sure Nova has you covered! There are some pretty cool events taking place this weekend.

Indie pop band, Penrose play Whelans (upstairs) tonight with support from The Valves. Dubliners Penrose list Aslan, The Beatles and The Verve among their influences. Tickets €7. From 8pm.

Celebrating the launch of their Vinyl edition of their album MODERNISED’, The Blades play Whelan’s. The Dublin legends acquired a massive hometown reputation in the early 80s with their dynamic blend of punk, pop and soul. From 8pm. Tickets €28

The ‘Tipperaryian’ ex-MMA fighter turned stand-up comedian, Tom O’Mahony performs his show Buckshot at Whelan’s.  The comedian is one of the busiest headline acts playing every major festival and club here and abroad. Tickets €12. From 8pm.

Now this looks really cool, The Royal Canal Big Day, board the heritage canal boat and enjoy live music all day long. Boat Trips – Dubhlinn, a 10 person boat, will provide free short tours on the Royal Canal throughout the day. From 10am. Fingers crossed the weather’s nice!

Strolling Through Ulysses! At The Stag’s Head Pub Theatre. Hold on to your hats as Robert Gogan takes you on a 75 minute romp through the fun and laughter which is the backbone of James Joyce’s extraordinary novel Ulysses. Tickets €15. At 1.30pm & 5.30pm

We hope you’ve a great weekend whatever you end up doing!

Don’t forget to tune into NOVA this weekend, bringing a diet of guitar-based music to Dublin, Kildare, Meath & Wicklow.

Muse Discuss Defacing Their Mural In Hometown Of Devon