Advertisement
Home Music News Can you keep A Secret? 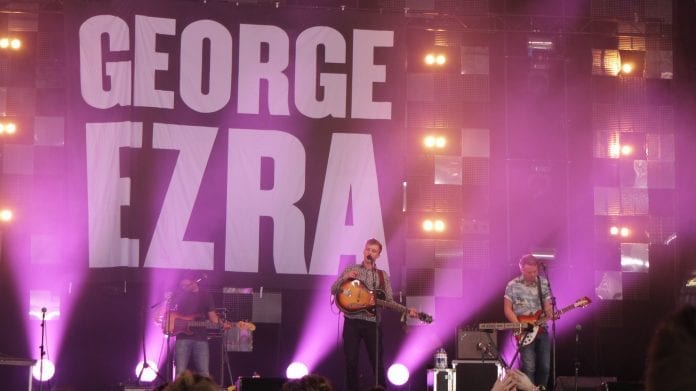 The young English singer-song writer has been keeping a low profile since catching our attention with the release of his top 10 hit single ‘Budapest’. He hasn’t been resting on his laurels however.  The singer announced over on Twitter today that he’s been hard at work on his second record. His debut studio album Wanted on Voyage hit the #1 spot in the UK and reached #5 in the Irish album chart. Today’s tweet comes with the announcement that he’s to embark on a his Top Secret tour this year.

In a longer note, Ezra tells fans he’s “chuffed” to announce his new tour. It will be the first outing for his new material however Ezra promises to play “all the classic Geoff Ezra sing-along numbers too!”

The singer has previously cited Bob Dylan as an influence. We’re looking forward to hearing what direction his second record will take.

It’s gearing up to be a busy year for Ezra, he announced last week that he’s to play this years Glasto, it will be the singers second year playing the festival.

And of course headliners Radiohead, Foo Fighters and Ed Sheeran will also hit the stages this summer at Glasto’s traditional home of Worthy Farm, in Somerset from 23-25 June.

Ezra will complete his Top Secret tour before playing Glastonbury. Irish fans will have a chance to see him when he plays the Limelight in Belfast, May 26th;  the Millennium Forum Derry May 27th, Dublin’s Olympia Theatre May 29th and the Milk Market in Limerick , May 30th.

Pre-sale for Ezra’s Top Secret tour begins this Wednesday at 9am.