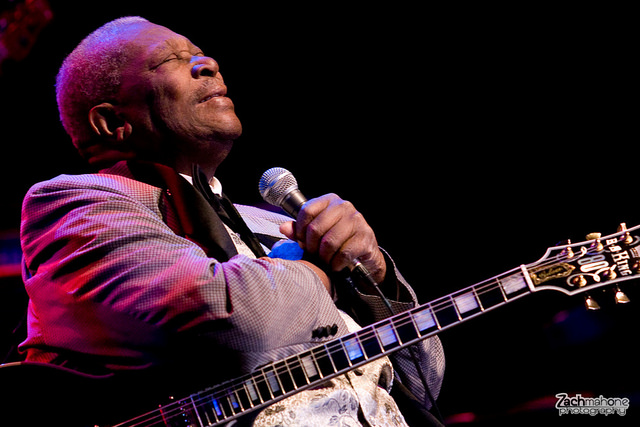 BBC News reports that the guitarist died in his sleep last night after recent ill health. King was rushed to hospital last month with the reason reported as “the result of dehydration from his Type II diabetes”. King had been receiving “home hospice care” since his hospitalisation.

BB King was born in Mississippi and had been performing since the 1940s creating hits such as ‘Lucille’, ‘Sweet Black Angel’ and ‘Rock Me Baby’. King earned his 15th Grammy with his 2009 album One Kind Favour and was an inductee in both the Blues Foundation Hall of Fame and the Rock and Roll Hall of Fame.

King sold millions of records worldwide with his Gibson guitar he affectionately called Lucille. He went on to work with artists including U2 and Eric Clapton and influenced countless musicians while leaving a great legacy behind him.

Thom Yorke is Featured on the Cover of Iranian Relationship Book