Home Music News Bon Scott Statue To Get The Go Ahead 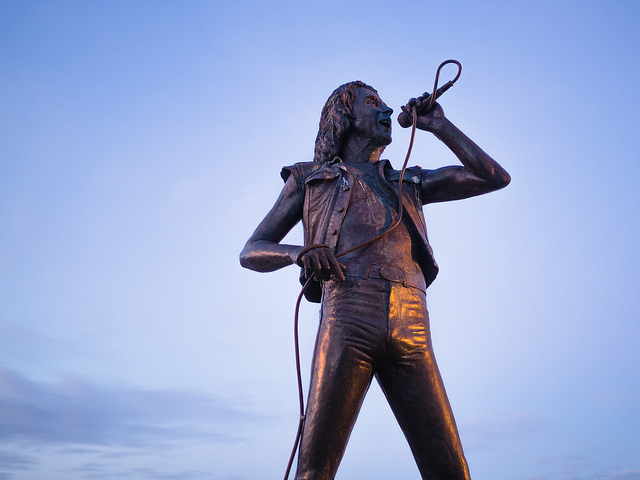 A statue of AC/DC singer Bon Scott is said to have gotten the go ahead in his hometown of Kirriemuir, Scotland after it was approved by local councilors.

The proposed statue will stand in Bellies Brae car park and is due to be unveiled at the annual Bonfest event in April. It will measure approximately 2.4 meters high from the base to the tip of the raised hand and will be attached to a cast bronze base measuring, 900mm diameter x 75mm high. The proposed railing would be 1.1m high ended with a 500mm x 500mm x 1.3m pillar.

The council said that they received over 80 letters of support for the new statue, four months after AC/DC fans succeeded in raising the equivalent of $69,000 (€63,000) needed to complete the funding for the statue of Bon Scott. A local organization called DD8 Music in Kirriemuir spearheaded the effort, after working several years to raise the money for it.

Speaking about their effort, DD8 Music said in a statement: “Kirriemuir already has a few things honoring Bon Scott — a street named after him, a memorial plaque, an AC/DC section in the local museum, and our annual Bonfest. However, we believe Bon’s memory deserves a lasting memorial. Renowned sculptor John McKenna will capture three things — his personality, his stage presence, and his Scottish roots.

Photos: Rush To Release ‘A Farewell To Kings’ Graphic Novel!