Home Music Bono Is Still Not So Keen On U2’s Band Name After All... 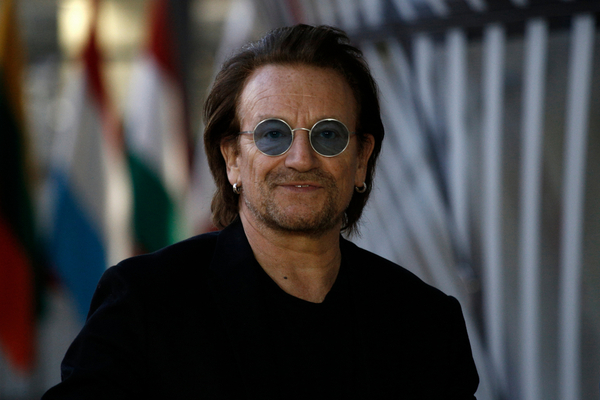 After all this time and copious amounts of success, Bono has still admitted that he is not a fan of U2’s name, his songs and even his singing voice!

Speaking on the Awards Chatter podcast, Bono has revealed that he turns off the radio when he hears a U2 track because he cannot listen to his vocals.

The frontman also claimed that he only learned how to sing “recently”. He also admitted that he “still” does not like U2’s band name.

“I really don’t. But I was late into some kind of dyslexia”, he said. “I didn’t realise that The Beatles was a bad pun either”.

“In our head it was like the spy plane, U-boat, it was futuristic – as it turned out to imply this kind of acquiescence, no I don’t like that name. I still don’t really like the name”, he said.

Bono continued, “Paul McGuinness, our first manager, did say, ‘Look, it’s a great name, it’s going to look good on a T-shirt, a letter and a number’”.

“I’ve been in the car when one of our songs has come on the radio and I’ve been the colour of, as we say in Dublin, scarlet. I’m just so embarrassed”.

Despite most vocal performances making him “cringe a little bit”, Bono has shared that the band’s single Vertigo “probably is the one I’m the proudest of”. Adding, “it’s the way it connects with the crowd”.

He also claimed that the band’s 1980 record “Boy” included “very unique and original material”, in terms of lyrics as did “other albums” that followed after.

Despite the band sounding “incredible”, Bono has also claimed that his voice is now “strained”.

Bono also recalled how the late Robert Palmer told U2’s Adam Clayton, “‘God, would you ever tell your singer to just take down the keys a little bit, he’d do himself a favour and he’d do us all a favour who have to listen to him”.

“But I was thinking out of my body. I wasn’t thinking about singing. I didn’t really think about changing keys. Did we ever change a key?”.

The frontman added, “I do think U2 pushes out the boat on embarrassment quite a lot and maybe that’s the place to be as an artist, you know right at the edge of your level of embarrassment”.

On top of this interview and promoting the upcoming film “Sing 2”, Bono also performed “Running To Stand Still” at Dublin’s Christmas Charity gig last month. More on that here.