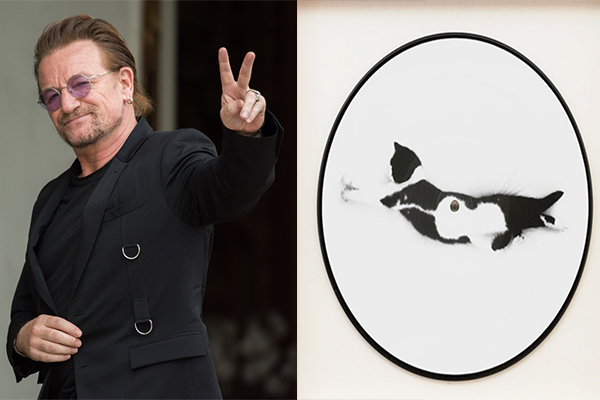 The loss of a loved pet can be deeply emotional for many. The experience can be a tearful goodbye to a dear friend.

A French concept artist called Sophie Calle has recorded a tribute album to honour her late cat named Souris. According to The Independent, Calle has managed to get together a group of famous musicians to help her musical eulogy.

Souris is French for “Mouse”, and some of the tracks have titles such as Michael Stipe’s “Souris nocturne” (“Night Mouse”), The National have a tune called “Le violon blanc de Monsieur Souris” (“The White Violin of Monsieur Souris”), and Moretti’s “In Case of Separation”.

On the record’s opening arrangement we hear Bono reading a poem into Calle’s voicemail; meanwhile, Cocker’s contribution starts with “a haptic, ostensibly artificial buzz of a cat’s purr.”

Calle spoke about the project in an interview with Artnet last June.

“When you say you’re sad about the cat, it’s a bit obscene for people. You can’t say that. I mean, if I say my mother or my father is dead, everyone tells me ‘Oh, poor thing, she lost her mother, oh, poor thing, she lost her father,’ but if we say that about our cat, we seem ridiculous. It makes me laugh, when for me, in my daily life, it was almost more violent, because I lived with my cat. I didn’t live with my parents.”

Consequence of Sound reports that Calle previously debuted the song Souris Calle at a show in Paris just last week. As well as the music, she broadcast some of the video footage she’d sent to the record’s contributors to give them inspiration. Roughly 10 of the artists involved on Souris Calle actually knew the late cat personally.

The entire record is streaming below via Apple Music and Spotify:

A Recording Of Dolores O’Riordan’s Final Voicemail Has Emerged

Have You Heard Of Bayonets? You Should….