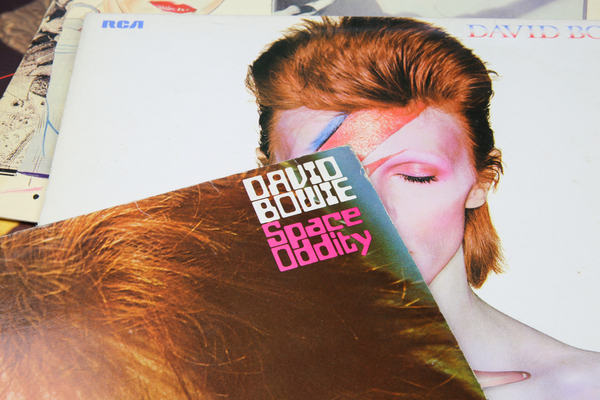 Best known for his collaborations with David Bowie, guitarist John Hutchinson has passed away.

Hutchinson died in hospital over the weekend following an extended period of illness.

The news was broken by the official David Bowie Twitter account, which wrote “Our thoughts are with the family and friends of John Hutchinson who passed in hospital yesterday after a long illness. John was described as ‘a semi-retired and little-known jazz guitarist and a veteran of three important David Bowie bands for seven years between 1966 and 1973.’”

Ours thoughts are with the family and friends of John Hutchinson who passed in hospital yesterday after a long illness. John was described as “a semi-retired and little-known jazz guitarist and a veteran of three important David Bowie bands for seven years between 1966 and 1973.“ pic.twitter.com/hTwgPSidcv

As a member of The Tennesseans and The Dave Kirby Five, Hutchinson opened British concerts for touring rock n’ roll acts like Little Richard, Gene Vincent and Johnny Kidd and the Pirates.

In the early 1960s he emigrated to Sweden where he joined that country’s number one rock n’ roll band, The Apaches. Known for his covers of Bob Dylan songs, Hutchinson found himself labelled “Sweden’s Donovan.”

In 1966 Hutchinson returned to swinging London where he auditioned for an unknown singer named David Bowie. The guitarist aced the audition and joined up with David Bowie and the Buzz in their residency at London’s Marquee club.

Hutchinson departed briefly for Canada before returning to Britain in 1968. Once again he hooked up with Bowie, this time as part of the acoustic group Feathers, which also included Bowie’s then girlfriend Hermione Farthingale. It was during this period that Hutchinson truly left his mark on Bowie’s career, helping the singer to create his breakout hit Space Oddity. Hutchinson played guitar on early demo versions of the song, but didn’t make it onto the final studio version, which appeared on Bowie’s eponymous 1969 debut album. Hutchinson’s contribution to the classic track was finally heard in 2009 when the demo version was included on a 40th anniversary reissue of the album.

Hutchinson and Bowie went their separate ways following the Space Oddity sessions. In 1973 the guitarist once again joined up with Bowie, now a global superstar, as part of his Spiders from Mars band. Hutchinson played 12-string guitar on the Aladdin Sane tours of the US, UK and Japan.

Following the end of the tour, Hutchinson left Bowie for good this time. For several years he played low-key gigs with his band Hutch and it’s Easy, before scoring a minor rock hit in 1979 with his band American Echoes and their single Ooh Las Vegas.

In the 1980s Hutchinson began working in the oil industry while playing gigs on the side. In 2006 he moved to Azerbaijan for work, but formed a band with local musicians and continued to play live.