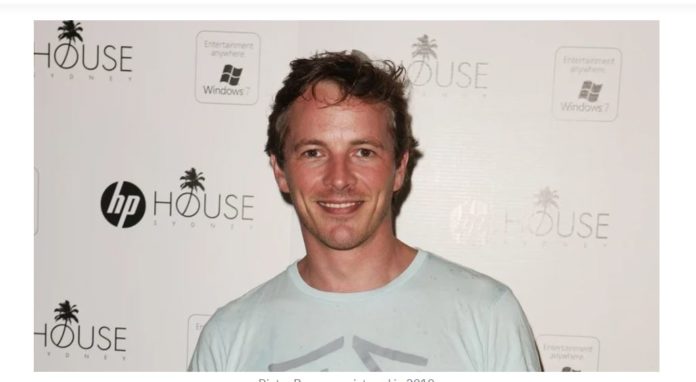 Actor Dieter Brummer best known for playing Shane Parish in Austrailian TV show Home and Away, has died at the aged of 45.

He was found dead in his home in Sydney on Saturday.

Brummer played Shane Parrish on Home and Away. Parrish was the love interest and eventual husband of Angel Brooks who was played by Melissa George. Brummer appeared in 157 episodes of the show from 1991 to 1996.

He also worked as a widow cleaner between roles, as well as running his own business.

Vale Dieter Brummer, joined the Neighbours alumni in 2012 as Capt. Troy Miller. Our thoughts are with his family and friends. 💛 pic.twitter.com/JkN6CLvbqQ

“Home and Away and Channel 7 are deeply saddened to hear of Dieter Brummer’s passing”.

“Dieter was a much-loved Home and Away cast member and celebrated by Australian and international audiences for his award-winning portrayal of Shane Parrish”.

“We send our sincere condolences to Dieter’s family and friends during this very difficult time”.

“I’m shattered by the death of my @homeandaway brother Dieter Brummer”, he wrote. “We spent hours together on & off set. He was caring, funny & always enthusiastic”. We had to shoot the Parrish brothers boxing. He hit me so hard I lost a contact lens. We both laughed. Vale Deets”.

Other tributes to Brummer include:

Just heard the sad news about Dieter Brummer. I have such fond memories of him when when we did a Neighbours/HomeAway tour together (along with Alex Dimitriades & Dan Falzon) in the UK in the 90s. Such a lovely guy. My heart goes out to his family and friends. #RIPDieterBrummer pic.twitter.com/KFwxfkSYjK

I met Dieter Brummer on Underbelly, he seemed like a decent fellow. Very sad news.#RIPDieterBrummer

Police are not treating Brummer’s death as suspicious. New South Wales police also had this to say.

“About 1.30pm, officers from The Hills Police Area Command responded to reports of a concern for welfare at a home on Glenhaven Road, Glenhaven”.

They added, “The body of a man was located inside the home. His death is not believed to be suspicious”.

They also said, that a “report will prepared for the information of the coroner”.