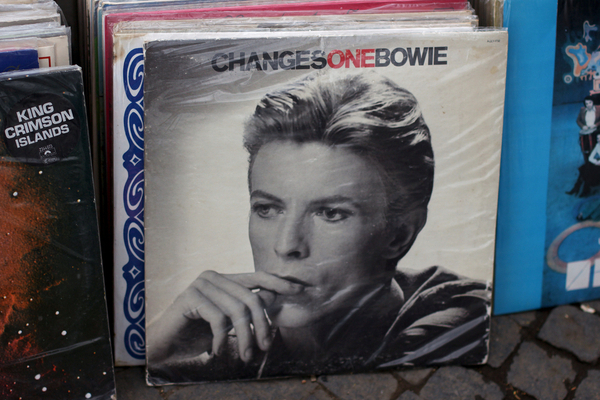 The late David Bowie is leading the vinyl revolution.

Vinyl has been undergoing a major resurgence in recent years with 2021 boasting the highest sales of records in 30 years. Last year was the 14th consecutive year in which vinyl sales rose, accounting for a quarter of all physical albums sold in the UK and over half of physical albums in the US, where vinyl outsold CDs for the first time in 30 years.

At the forefront of the vinyl is Bowie, who has been named as the 21st century’s biggest selling artist on the physical format.

Bowie’s vinyl sales since the beginning of the century have been calculated at 582,704 up until January 6th, 2021. Along with The Beatles, who shipped 535,596 records, Bowie is the only artist to sell over half a million records.

Bowie’s dominance is largely down to a series of reissues over the past couple of decades and a renewed interest in his work following his passing in 2016.

Earlier this month saw the release of Bowie’s “lost” 2000 album Toy, available as a vinyl box-set including six 10″ records. On the week of Toy’s release it was the biggest seller on physical formats in the UK.

The Bowie compilation album Legacy, released following his death in 2016, has been a consistent performer on vinyl since its release.

Earlier this year Warner Chappell Music purchased the rights to Bowie’s back catalogue for a reported $250 million. The company is already putting the acquisition to use by making Bowie’s entire discography available to users of the Peleton exercise equipment.

From January 19th, users of the Peleton app can work out to the sounds of Bowie with a series of workout classes custom soundtracked by the singer-songwriter’s music.

St Vincent has remixed It’s No Game (No. 1) from the album Scary Monsters (And Super Creeps)’. She says she chose it because “it has a part 2 on the record, and I figured maybe Bowie wouldn’t mind so much if I made a part 3. I wanted to take Bowie’s throat-shredding vocal take from part 1, and make it front and center. Three steps to heavaaaaaaaaaaaahn…”

“When I was asked to remix one of my favourite David Bowie songs I chose Let’s Dance because it’s a true celebration of music and movement – just like Peloton!” she said.

“To me, I connect with Bowie as an amazing innovator,” she said. “He was always reinventing himself and pushing the envelope of music, while somehow never ceasing to be authentically himself. His experimental fashion choices are always a beacon for me to challenge my style and look.“