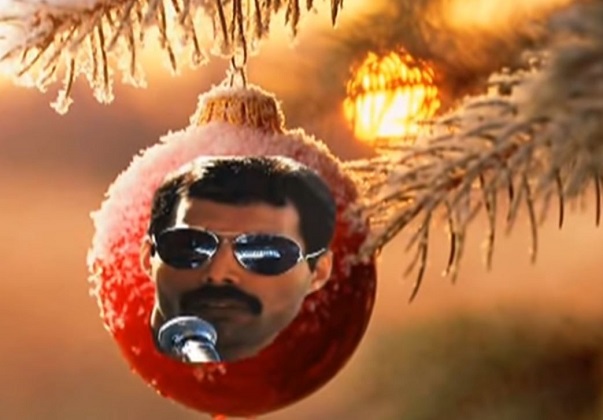 Back in 1984, Queen released a festive song with the single “Thank God It’s Christmas.” Freddie Mercury was always known for his huge dynamic vocal range. However, it was his ability to deliver an intimate vocal for that track that Brian May remembers fondly.

Speaking to Uncle Joe Benson via Ultimate Classic Rock Nights, May explained how the song came together, “Christmas songs are always recorded in the middle of July. You have to, to get them ready in time.”

“This was Roger [Taylor]’s composition, mainly, except he didn’t have a chorus. So I contributed the chorus and we worked on it together, to cut a long story short. And then, when it was almost finished, we presented it to Freddie, who loved it and did a beautiful vocal. I think it’s just the most understated vocal, and I love it, you know.”

Released in late-November 1984, “Thank God It’s Christmas” only got as high as No. 21 in the U.K. One would think the Christmas song was eclipsed by Band-Aid’s charity hit “Do They Know It’s Christmas,” but May gave a different reason.

“The funny thing is, it doesn’t get that much attention in Britain as a Christmas single, because it doesn’t have a video. Everything’s about video these days and we never made a video for that song. It’s all in your mind. But I’m very fond of it. I think it’s a very different kind of Christmas song.”

Sinead O’ Connor To Begin Training As A Healthcare Professional