Home Music Check Out All The Winners From Last Night’s 2018 Brit Awards! 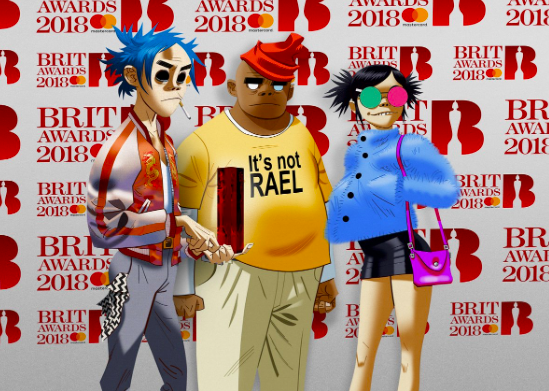 The Brit Awards 2018 took place last night in London’s O2 Arena. Comedian Jack Whitehall hosted the event for the first time. Among the huge list of winners of the night, English rapper Stormzy and English singer Dua Lipa took home the biggest awards of the night.

Stranger Things’ Milli Bobby Brown and Kylie Minogue presented the ‘Female Solo Artist’ award to Lipa, who said: ‘I want to thank every single female that has been on this stage before me and has given girls like me a place to be inspired by and [someone to] look up to and allow us to dream. Here’s to more women on these stages, winning these awards and taking over the world.’

Advertisement
Stormy received his ‘British Male Solo Artist award and said: ‘Thank God, that’s the reason why I’m here to do what I do’.
Foo Fighters received ‘Best international Group’ which is their fifth BRIT to date. Gorillaz won Best British Group.
Rag’n’Bone Man won ‘Best British Single’ for his track, ‘Human’. He thanked ‘everyone back in Brighton’ and ‘everyone who has had my back over the years’.

Check out the full list of winners and nominees below:

British Artist Video of The Year

Want Some New Prince Merch? Check Out The New Line…