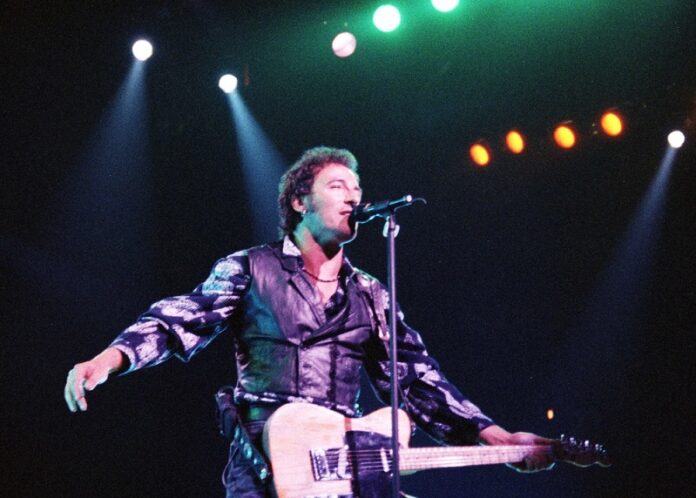 Bruce Springsteen has announced the details of a mammoth release celebrating the ‘Darkness on the Edge of Town’ era. It will contain an incredible 24 CDs that features eight concerts supporting the album.

A statement published on the Boss’ website read “Eight of the finest performances from Bruce Springsteen’s 1978 tour are now available in a limited, collectible box set.”

“This 24-CD set contains all five of the legendary radio broadcasts on the Darkness tour: The Roxy in L.A., The Agora in Cleveland, The Capitol Theatre in Passaic, NJ, Fox Theatre in Atlanta and Winterland in San Francisco.”

“Rounding out the collection are the second shows in Passaic and San Francisco, plus the December 8 show in Houston, Texas. A limited number of empty boxes are also available to hold previously purchased CDs.”

The new box set is available for pre-order here ahead of its February 1, 2021 release.

Bruce Springsteen takes over Radio Nova on Thursday evenings and Sunday mornings. He presents his brilliant radio show entitled ‘From My Home to Yours’ and 7pm and 9am respectively. Click here for more information.

Last month, the Boss released his new album entitled ‘Letter to You’. To celebrate the new album, he recently played Saturday Night Live with The E-Street Band. You can check out the performances below.

Bruce Springsteen recently recounted the first time he heard his legendary ‘Born to Run’ album. Speaking to Jimmy Fallon, the Boss said “When you first start you’re not used to hearing yourself, even two, three records in. I just couldn’t get used to the sound of my voice and very often it sounds terrible to you.”

“You’re making all these choices you end up not comfortable with. I recorded that when I was a 24-year-old kid, you know?”

Watch Paul McCartney Produce “Get Back” In Two Minutes

Watch Paul McCartney Help A Loving Couple In His ‘Back in...