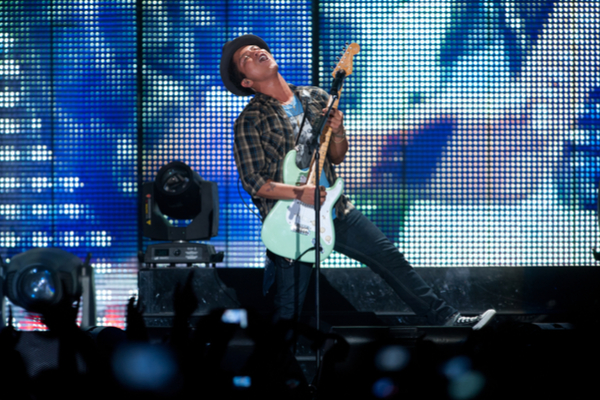 Bruno Mars has announced two support acts for his Marlay Park gig this summer! The multi award winning singer has confirmed none other than Sister Sledge and DNCE to complete the line-up.

The 24K Magic World Tour will grace Marlay Park on July 12th, and the star is delighted to announce the final acts to the bill.

In the history of recorded music, there have been only a handful of musical groups which have managed to transcend time, genre, and culture and we can all agree Sister Sledge is indisputably one of these.

The group has amassed a string of Gold and Platinum records, accumulating total sales of over 15M worldwide. Garnering along the way additional Grammy Nominations for ‘Record of the Year’ and ‘Best R&B Duo’ or group.

While DNCE first introduced themselves to audiences worldwide with the release of ‘Cake By The Ocean’, their now 4x certified platinum-selling breakout smash which become one of the world’s most played songs of 2106.

This is one gig we won’t be missing this summer!