Advertisement
Home Music Have A Listen To Bell X1’s Awesome New Single ‘Bring Me A...

Bell X1 have just released a brand new single, ‘Bring Me A Fire King’. The new track is taken from their most recent album Arms. The song has already reached over a whopping one million plays on Spotify to date. It’s now available to download or on Spotify below:

Paul, Dave & Dom released their highly acclaimed album Arms last year and have been busy this year touring in the UK, America and Australia.

Next month will see Kildare’s trio headline an outdoor show in Dublin on 8th July, with guests Frightened Rabbit, as part of the brand spankin’ new Summer Series at Trinity College (limited tickets available). The gig will be their only show of the summer so grab your tickets now!

The band were recently announced as the special guests on the Tori Amos European tour this Autumn where they will perform across twenty dates as an acoustic trio. 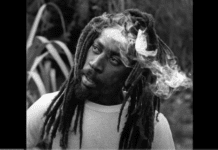