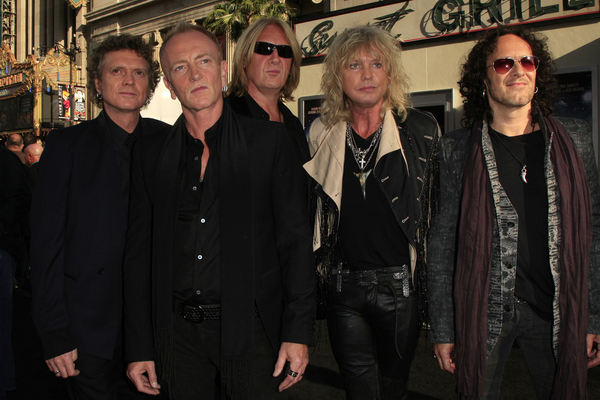 Def Leppard have released a brand new single called Take What You Want.

This latest single follows up their previously released single Kick.

Take What You Want is also includes driving guitars, along with a sing-a-long hooky chorus.  A lyric video for this song will arrive next Friday (April 29).

The track features on the band’s upcoming album Diamond Star Halos, which arrives on May 27.

Diamond Star Halos is Def Leppard’s twelfth studio album and contains 15 tracks, including Kick and Take What You Want. The album also includes collaborations with Alison Krauss who features on tracks Lifeless and This Guitar.

Krauss herself is a 27 time Grammy Award winner. Five of these awards came from her collaboration with Led Zeppelin’s Robert Plant for the ‘Raising Sand’ album in 2009.

Take What You Want

You can check out the audio video for Def Leppard’s Take What You Want below.

After the album is released, Def Leppard will begin their long delayed US Tour. This will begin on June 6 in Atlanta, Georgia.

Motley Crue will also co-headline alongside Def Leppard, along with Joan Jett and Poison.

The recording of this album was far from easy for Def Leppard.

Roger Daltrey Speaks Out About The #MeToo Movement