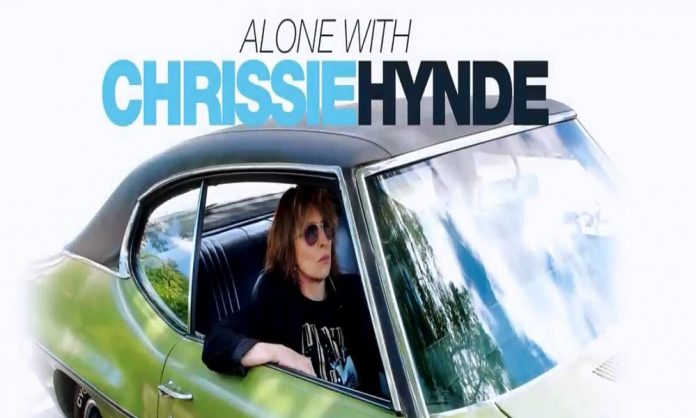 The Pretenders front woman waxes lyrical about life and music in her documentary Alone With Chrissie Hynde. It’s set for release on May 25th on DVD and in digital formats. The documentary was originally broadcast on the BBC and had a US cinema release last year. This DVD release will include a bonus full length Pretenders concert from 1981. There’s a trailer available to watch below.

We see Chrissie in her hometown of Akron, Ohio as well as on the road in Nashville and New York City. There’s also footage of her abroad in London and Paris in the music documentary.  It also features the band during the recording of 2016’s Alone album, as well as scenes of Hynde in her personal environment.

That includes her homes around the world, perusing her collection of paintings or out clothes shopping. There’s even a moment where we catch her wandering her hometown cemetery.

In the film, Hynde shares her personal thoughts and philosophies about music and life. ‘It’s about feeling like you actually know what you’re doing for an hour, the rest of the time you’re bumbling around trying to make sense of your life,’

The bonus concert has the original Pretenders lineup of Hynde, guitarist James Honeyman-Scott  drummer Martin Chambers and bassist Pete Farndon. The show was filmed in Germany for the music TV series Rockpalast.

On the back of a run of new Pretenders tour dates kicking off June 23rd in Pasadena, Calif., Hynde will publish an art book, Adding the Blue, in September. The book comprises of 200 of her original paintings.