Home Music Christy Dignam Getting Palliative Care At His Home 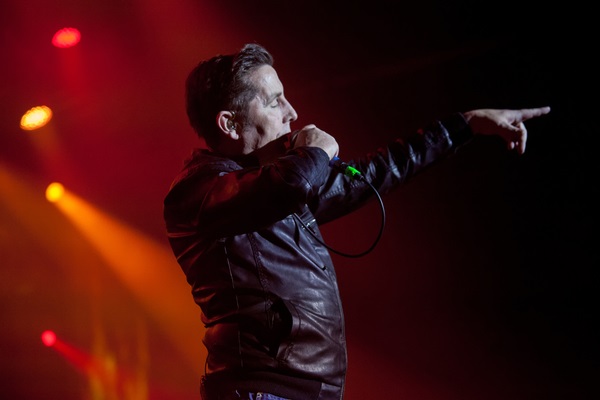 Aslan frontman Christy Dignam is being cared for by a palliative care team at his family home, it has been confirmed.

The singer who was diagnosed with a rare blood condition Amyloidosis back in 2013, has endured a difficult last few months.

Last September, the band postponed their 40th anniversary show in Dublin after Dignam suffered a setback in his battle against the illness.

Despite cancelling the show, the band thanked their fans for their support.

He was rushed to Beaumont Hospital last July, spending 6 months being cared for by the Haematology and Cardiac Care Team.

Following growing concerts for the health of Christy Dignam, a statement was released earlier today, where it was confirmed that he is being cared for “lovingly by family”, and a hosital care team.

“Christy & Kathryn Dignam and their family, daughter Kiera, son in law Darren, and grandchildren, are sharing an update on Christy’s health, in response to the large number of media enquiries received”.

The statement added, “In July 2022, Christy was admitted to Beaumont Hospital and spent the next six months in the care of the Haematology and Cardiac Care team”.

“Since December, Christy has been at home and is being cared for lovingly by family, with the support of a palliative care team”, they continued. “The Dignam family thanks everyone for keeping Christy in their thoughts and prayers and asks for privacy at this time”.

Aslan manager Denise McCormack also praised the fans for their kind and supportive messages at this very difficult time.

She said that the “loyalty, support and understanding the boys have been shown is just huge”.

Forming in 1982, Aslan are known for hits including Crazy World and This Is. Despite splitting up due to drug problems, they reunited to cement their legacy as one of Dublin’s best loved bands.

Check out Crazy World below.

Neil Young Blasts Trump For California Wildfire Failures As His Own...