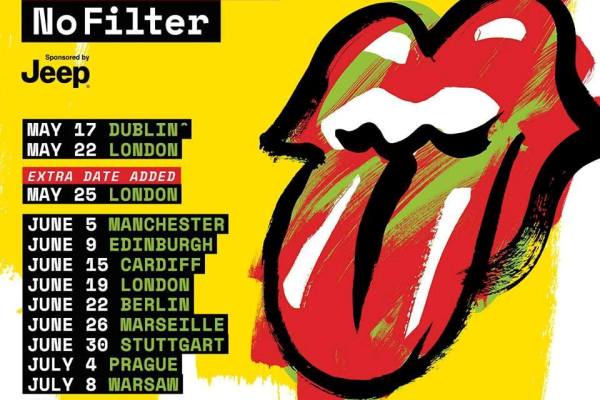 The Rolling Stones are coming to town! With the news that Dublin City Council has formally granted permission for a licence for the rock veterans to perform at Croke Park on the 17th of May.

Meanwhile, a representative of the Clonliffe and Croke Park area residents association said they were “deeply unhappy” at today’s decision.

They held a public meeting last month where a number of locals voiced their concerns over what they fear will be the increased use of Croke Park.

“We’re not happy that’s the bottom line and we feel that we’ve been let down by Dublin City Council,” said association chairperson Patrick Gates.

He said that the residents won’t be just disrupted on the day of the concert itself, It’s also the days leading up to the event where huge crews will arrive in to start setting up the sprawling stage.

We’re pleased to announce tickets to see The Rolling Stones at Croke Park in Dublin on May 17 will go on general sale this Fri March 23 9am GMT.
There will be a fan presale Thurs 22 March 12pm GMT, for those on the mailing list & you will be emailed your link and code tomorrow! pic.twitter.com/j4JR7xsPdS