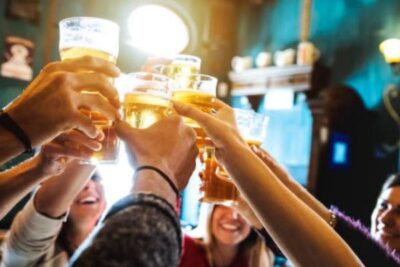 The owner of the famous Dublin traditional music pub, Cobblestone, describes himself as “eternally grateful” to the Dublin City Council after they refused planning permissions that would have erected a hotel around the iconic site.

A bid for the land surrounding the Cobblestone pub, including the stretch of real estate between 77-80 North King Street, in Smithfield Dublin 7, was put forth by Marron Estates earlier this year. Marion Estates planned to construct a nine-storey hotel on the grounds, if approved by the Dublin City Council. The Cobblestone is a protected structure, and therefore the main body of the pub would not have been affected by the construction project, though the pub’s Backroom would have been demolished.

Marron Estates’ bid was met with great contention from the greater Dublin community with almost 700 objections being filed with the Council as well as an online petition titled Save the Cobblestone which received nearly 35,000 signatures. Several other notable Irish figures voiced their objection to the project as well, including Steve Wall, the founding member of The Stunning and The Walls; Sinn Féin leader, Mary Lou McDonald; TD Neasa Hourigan and MEP Ciarán Cuffe from the Green Party; and TD Richard Boyd from the Solidarity-People Before Profit.

In the end the proposal was rejected by the Dublin City Council, mainly on the grounds that it was too large in scale and would disrupt historical city structures.

The owner of the Cobblestone, Thomas Mulligan, described the news as a “great start to the week”.

“I am feeling very grateful. I am just very humbled by the support we have received in recent weeks,” he told The Irish Times.

“I thought it was dead in the water but then all of these people came out of nowhere and they really helped. I’m eternally grateful to them,” added Mulligan, who has run the pub for more than 30 years.

Mulligan later acknowledged that Marron Estates could still appeal the Council’s decision, and that the fight to save the Cobblestone may not be over just yet.