Home Music Collins Is Back In Rehearsals With Genesis As They Prepare Their 2021... 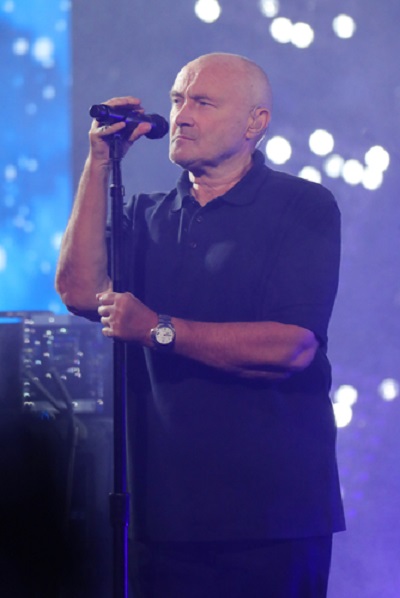 English rock band, Genesis have begun rehearsals for their UK reunion tour in London in 2021. In March, live on BBC Radio 2, they revealed their first 10 shows will be in The UK and Ireland. That number has now risen to 19.

Phil Collins, Tony Banks and Mike Rutherford will bow out with ‘The Last Domino? Tour’ next April. Dates are postponed due to the coronavirus pandemic.

The trio have not played together since 2017 and will be joined by Phil’s drummer son, Nic Collins and bassist Daryl Stuermer.

Due to concerns regarding the pandemic, the trio said they were pushing back their 2020 shows to next year.

Speaking of their reunion back in March, Rutherford said he thinks “it’s a natural moment.”

“Phil’s been out on tour for the last two-and-a-half years and his son Nick has been drumming,” the guitarist said.

“So, it seemed like the natural moment to have a conversation about it. We’re all still good friends, we’re all above grass and here we are!”

Earlier this year during the coronavirus lockdown, Genesis began uploading a series of classic gigs to YouTube, streaming one new show from across their career every weekend.

This month, Phil Collins issued a cease and desist order to US President Donald Trump, after Trump used Collins’ classic hit ‘In The Air Tonight’ at one of his rallies without permission.

Cillian Murphy’s Teenage Band Were Once Offered A Record Deal