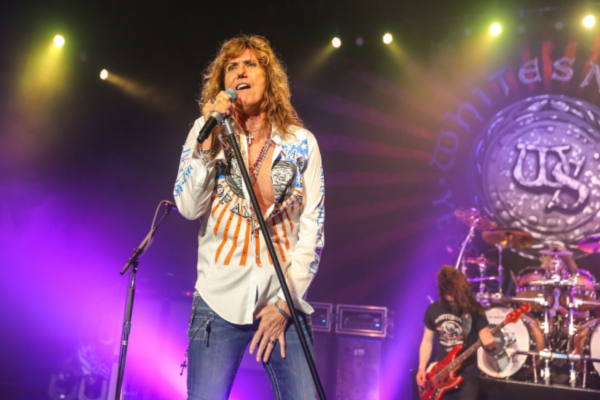 Whitesnake have cancelled their upcoming tour with Scorpions, as frontman David Coverdale continues to battle an ongoing respiratory infection.

The band were scheduled to join up with Scorpions at Toronto’s Budweiser Stage on August 21.

However, due to Coverdale’s illness, the Scorpions will continue this tour without them.

Whitesnake had to previously cancel three European shows at Vienna, Zagreb and Milan, after Coverdale was taken ill.

“This is obviously very sad for us, especially our band members that were getting to perform before hometown crowds; Michele Luppi, our Italian Stallion was looking forward to playing in Milan in front of his friends and family, and of course Dino Jelusic, the Pride of Croatia was going to be able to give his all, to his hometown of Zagreb”, the band said in a statement at the time.

Following this, Whitesnake have now been forced to cancel their tour with Scorpions.

The Scorpions confirmed this unfortunate news via this statement.

“We wanted to let you know that Whitesnake will no longer be joining us on our U.S. and Canadian Rock Believer tour. Nothing is more important than our fans and it was important to us that we keep the shows as scheduled. We wish Whitesnake all the best and look very much forward to seeing you and rocking with you all on tour along with Thundermother”.

“It is with profound disappointment and a heavy heart that I must announce that Whitesnake will no longer be able to join The Scorpions on their US and Canadian tour due to my continued treatment for a persistent upper respiratory infection that affects my ability to perform”, Coverdale wrote. “This includes the cancellation of our own headlining shows as well”.

He also added, “While Whitesnake will no longer be on the tour, the Scorpions will be continuing on. We wish our good friends The Scorpions every success!”.