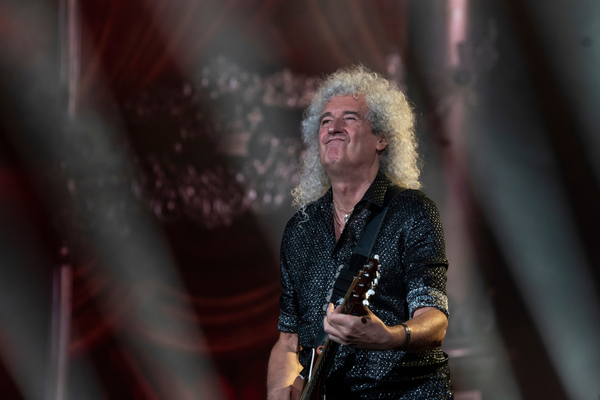 Having tested positive for Covid-19, Brian May has spoken about his recovery.

The guitarist also urged people to take their vaccine if they have not already.

Brian May on “Life After The Double Red Line”

Brian May also explained that he tested positive for Covid-19 after attending a party of a number of friends with his wife Anita Dobson. He claimed that he felt he was in a “safe bubble”.

May also insisted that he has been “incredibly careful” during this pandemic, claiming he has been living a “very hermit like life”. But despite taking extensive precautions, May said that he caught this virus from this social outing.

“Last Saturday, [my wife and I] decided we would go to a birthday lunch”, he said.

“We thought, ‘Ah, this is the last social function that we will go to — not that we go to many anyway. We’ll chance it. Everybody’s triple-jabbed. Everybody’s gonna be with one of these things which says you’re negative on the morning — a lateral flow test. So it seemed to be set up very safely, but of course you kinda know you’re taking a risk”.

24 hours after this gathering, Brian May revealed via his social media accounts that he felt “maybe a little snuffly”, while his wife Anita Dobson had “a little bit of a cough”.

They had both started to develop “some kind of symptoms”.

He contined, “We thought, ‘Oh, maybe we’ve got some flu or whatever.’ We’re testing the whole time, and we’re testing negative. And Tuesday, I hear that I think eight people from the party had already tested positive and had the COVID in their symptoms. And I realized that they had been testing negative up to this point as well. So Tuesday night, we tested ourselves once more, and we were both positive. So it took that long — Saturday to Tuesday — for a test to show anything”.

Comparing this illness to “the worst flu you can imagine”, May said he felt “prety good” by the end of day seven.

May also concluded by emphasising the importance of vaccines and boosters against the virus.

“I can’t emphasize to you enough: This is not the response my body would have made on its own,” he said. “It’s making this response because I’ve had three Pfizer jabs”, he said.

“And I beg you and implore you to go get jabbed if you’re not already — ‘cause you need the help. I lost one of my very best friends to COVID very early on — in six days, it killed him. It could have done me the last six days, but it didn’t because of the jabs”.

“And I despair seeing these people protesting against the vaccine, protesting against their rights being violated because they might have to wear a mask,” he continued. “Jesus Christ, guys. Our parents fought through wars and had their civil rights kind of knocked away. All anyone’s asking is for you to play your part to try and unite against this invader — and it’s a nasty thing, and it isn’t finished yet”.

“PLEASE take extra care out there, good folks. This thing is incredibly transmissible. You really do NOT want it messing up YOUR Christmas”.

Black Sabbath’s Tony Iommi was also quick to heap the praise of Brian May as his rock god. More on this here.