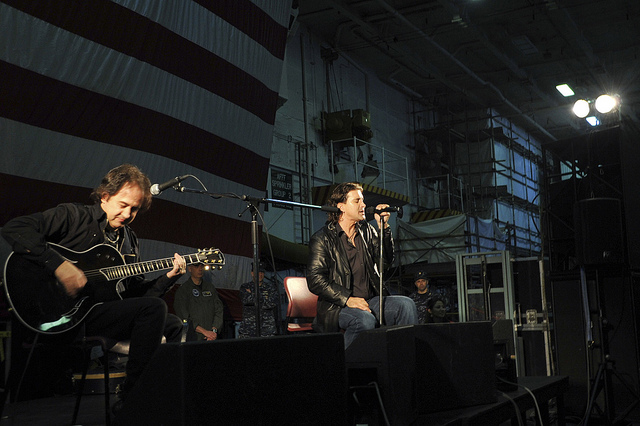 Scott Stapp, singer of the American rock band Creed, has posted a tell-all video, claiming to be “completely penniless” and living in a budget motel.

He posted the confession clip titled ‘Public Statement #1’ on Facebook, explaining that the IRS had frozen his accounts due to a “clerical error”.

It is reported that at the height of band’s fame, Stapp was worth an estimated €24 million.

In the footage the singer claims that his “civil rights have been violated”, he apologises to his children for his behaviour, absence and alcoholism and states that his wife tried to have him committed to an asylum.

Stapp says:  “Right now I’m living in a Holiday Inn, by the grace of God, because there’s been a couple of weeks I had to live in my truck. I had no money, not even for gas or food. I went two days without eating because I had no money and ended up in an emergency room.”

“I’m sober as can be. Once the rumors started coming out I began getting blood and urine tests once a week just in case someone called me to the carpet on it, I can prove it.”

Towards the end of the video, Creed’s frontman insinuates that employees at the group’s former record label are also responsible for his situation.

Watch the video of Credd’s singer Scott Stapp below.

All Together Now Festival Announces Line Up Top Heavy With Big...