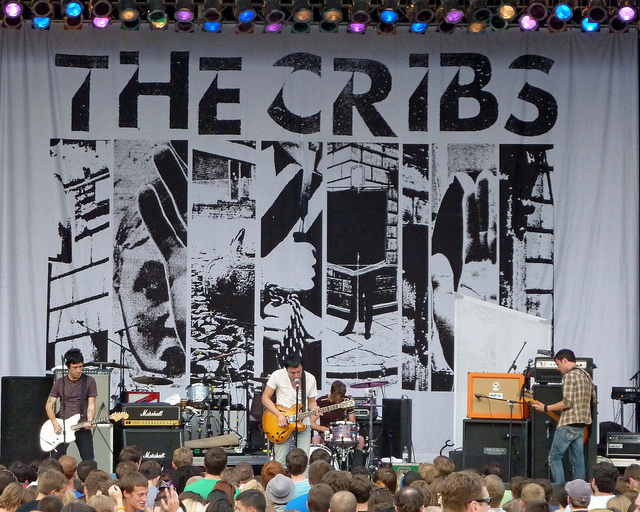 The Cribs have revealed a new track ‘Wish I Knew You In The 90’s’ ahead of their upcoming tour. The track itself is a b-side for their new single ‘All My Sisters’.

The new track is available as part of a limited 7” from October 30th. The Cribs released their sixth studio album For All My Sisters back in March, which the band are going out on tour to promote.

The Cribs recently announced that they will play gigs in London and Glasgow during October as well as appearing in Newcastle, Manchester, Sheffield, Bristol, Nottingham, Oxford and Portsmouth over the coming months.

The Cribs recently spoke about what they have to deal with as a band, they think that a lot of other UK bands have a some sort of grudge against them.

Speaking to NME recently, frontman Ryan Jarman said “We’re one of those bands who have seeped into public consciousness just by being around such a long time. There are still some old school dinosaurs in the UK who just have a grudge against us. They just don’t give us a chance to get bigger”.

You can check out The Cribs’ new track ‘Wish I Knew You in The 90’s’ here.