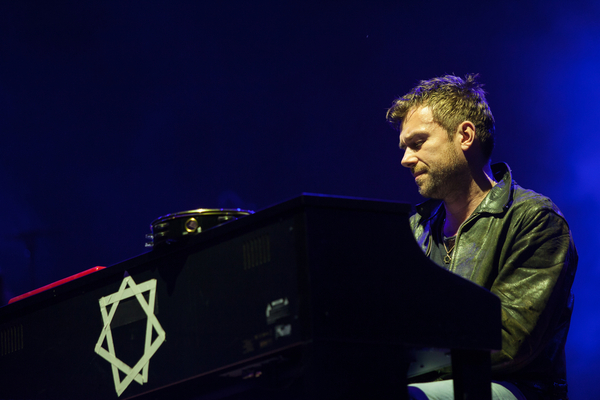 Damon Albarn will begin a special piano tour next month in support of his upcoming album. Albarn’s album The Nearer The Fountain More Pure The Stream Flows arrives on November 12.

This album also marks the release of his first album with Transgressive record label. It also includes released songs, the title track, “Royal Morning Blue”, “Polaris”, “Particles” and his most recent track “The Tower Of Montevideo”.

Albarn will be taking these shows across York, Norwich, Newcastle, Glasgow and Coventry.

Check out the full dates below.

“I wouldn’t call doldrums, but storms”

On the album, Damon Albarn told NME that it has helped to lift him out of the “storms” that came with early 2021 lockdown.

“I just felt like the beginning of this year was so grim and I had to do something to lift me out of those, I wouldn’t call doldrums, but storms – those terrible north wind storms that you get down by the sea in Devon sometimes,”, Albarn said.

Back in August, Damon Albarn revealed that he missed out on collaborating with the likes of David Bowie, Prince and others. Both singers passed away in 2016.

Albarn said, “Dr. Dre, Prince and Kendrick Lamar … I missed all three of those. All my fault. Which is quite a lot of people to miss”.

Albarn also spoke about turning down an offer to work with Prince. “It’s one of those ‘could’ve-beens’. I’ve got a few of those”, he said.

The Blur frontman also said that he almost made an album with David Bowie. He revealed, “(Bowie) summonsed me when he was playing in Switzerland into the labyrinth of his backstage and I went to see him and he said, ‘Well, we’re going to do this, but if this tour keeps doing as well as it is then I’m going to carry on touring”.