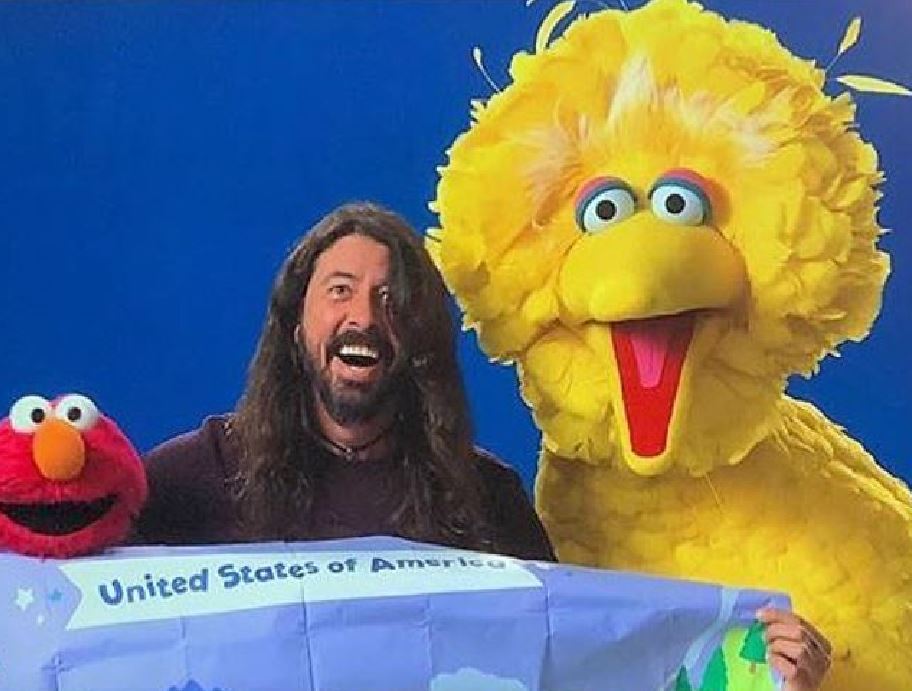 Dave Grohl is set to be a guest on the 50th anniversary season of Sesame Street. The episode will see the rocker perform a song with Elmo and Big Bird. There’s pictures from Grohl’s time on set below.

The Foo Fighters legend previously appeared in 2015’s The Muppets movie, which involved a drum battle with Animal. Sesame Street‘s new season, set to premiere on HBO, will show some of the Muppets travelling across the United States, paying a visit to kids in their own neighbourhoods.

Dave Grohl was incredible. Thanks for playing with us! A great way to wrap up this week’s shoot! #sesame50 #puppeteer #muppeteer #sesamestreet #elmo

Last weekend, Grohl played Nirvana’s ‘In Bloom’ for the second time since footman Kurt Cobain’s death. He drummed along to the classic single from ‘Nevermind’ with Trombone Shorty at Los Angeles’ Voodoo Threauxdown Festival.

Grohl opened up earlier this year about his connection to his former band, “For years I couldn’t even listen to any music, let alone a Nirvana song. When Kurt died, every time the radio came on, it broke my heart. I don’t put Nirvana records on, no. Although they are always on somewhere. I get in the car, they’re on. I go into a shop, they’re on. For me, it’s so personal.”