Home Music Black Sabbath’s Paranoid Had Such An Impact On My Career – Tony... 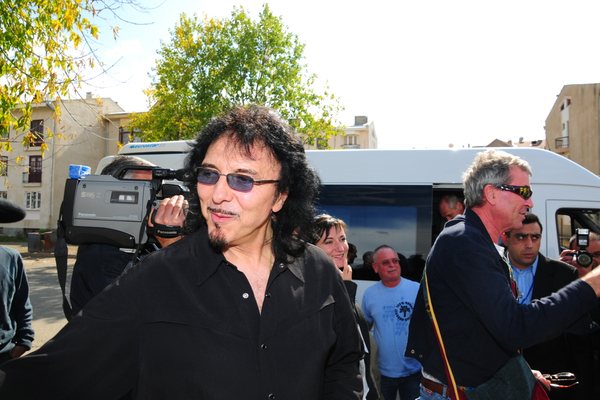 Iommi put the track together after being told that the band did not have enough tracks for their second album. The tune went on to reach the UK top five in 1970.

Check that out below.

The track was “done as a filler” – Iommi

Speaking to Planet Rock Radio, Tony Iommi detailed how the track was made and its importance.

“Everybody had gone for lunch”, he said. “I stayed in the studio and came up with the riff for ‘Paranoid,’ and I waited for them to come back and said, ‘We need another song.’ They went, ‘Oh, no.’ I said, ‘Yeah, but I got this idea,’ and I played it to them”, Iommi stated.

“We put it down, recorded it, and that was it”, he continued. “Basically, ‘Paranoid’ was a filler. It was done as a filler. We had never done a three-minute song before … and it’s amazing what it did”.

The band subsequently used the track for their Sophmore LP.

“The only thing in them days for us with ‘Paranoid’ was it attracted a different audience to what we were used to”, Iommi added.

“We saw a lot of screaming girls and things, which we weren’t used to at the gigs. And we were doing [the U.K. TV show] Top of the Pops and stuff like that. It was attracting a different audience to what we were expecting, and people would come in to hear the band play, who didn’t know us”.

“They only heard ‘Paranoid’ on TV and thought, ‘Well, let’s go and see them,’” Iommi adds. “And of course, they ended hearing ‘Iron Man’ and all of the rest and thought, ‘Oh my God, what’s all of this?’”.

Eagles Of Death Metal Lead Singer Has Been Hit By A...