Home Music Bowie, Prince and Ozzy All Set To Feature In ‘Rock Stars At... 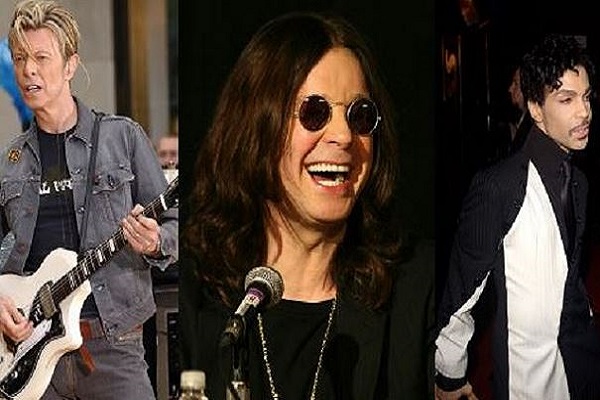 The people behind Rock Stars at Home, Apollo Publishers, are promising readers a “sometimes shocking” peek into the private lives of artists including the Beatles, Ozzy Osbourne, David Bowie, Prince, Elvis Presley and others.

The book is penned by six veteran music journalists and contains unpublished photographs as well as personal and revealing stories. The offering also provides an analysis of personal decorating choices, with 30 home tours presented in “the first-ever guide to the most ostentatious and over-the-top homes in rock ’n’ roll history.”

Apollo Publishers said in a statement,

“With more than 200 stunning, and sometimes shocking, images, Rock Stars at Home is packed with great photos – many before never published – and eye-popping stories of wild behavior and even wilder interior decor and includes insider accounts from those in the know.”

“Fans will gain insight into the home life of each star, with stories from Elvis’s extraordinary down-home diet, to the wild parties hosted by Keith Richards at Redlands, the scene of the famous 1967 drug busts that led to the arrests of Richards, Mick Jagger, and art dealer Robert Fraser. Additional features focus on specific topics from the Beatles’ psychedelic interiors to the modern, extravagant lifestyles of the MTV Cribs generation.”

Alex Merrill, an executive involved in the compendium said the book is a telling revelation of how the other half live,

“Everyone says they want to party like a rock star, and Rock Stars at Home will allow fans of rock and photography alike to glean an insider’s look into what that really means. Rock Stars at Home is an entertaining, artistic and eye-opening look at how the ‘other-half’ really lives.”

The book is out via Apollo on Jan. 15 and it is available for pre-order now.

Photos: Jack White Gets His Mammy To Join Him Onstage