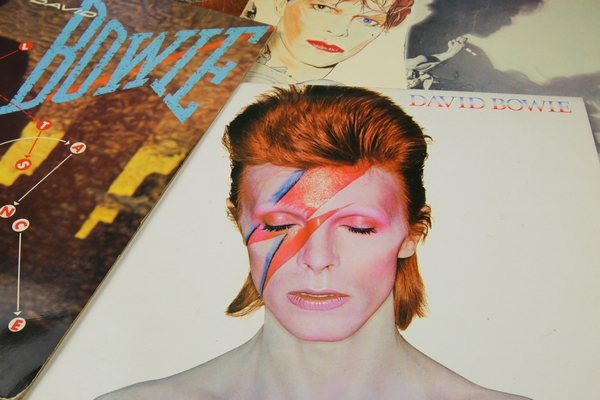 The estate of the late David Bowie has sold his back catalogue in a deal worth more than $250 million.

Following months of negotiations, the publishing rights to Bowie’s catalogue has been acquired by Warner Chappell Music.

The deal means Warner Chappell now owns the rights to Bowie’s 26 studio albums, along with the upcoming Toy, Tin machine’s two studio albums and various other projects, including Bowie’s collaboration with Queen on Under Pressure. Bowie’s albums from 2000 to his death in 2016 had been previously owned by Sony Music.

In recent months Warner Chappell has inked similar catalogue deals with the likes of Quincy Jones, Bruno Mars, Cardi B and the estate of George Michael.

“All of us at Warner Chappell are immensely proud that the David Bowie estate has chosen us to be the caretakers of one of the most groundbreaking, influential, and enduring catalogues in music history,” said Warner Chappell Music Co-Chair and CEO Guy Moot. “These are not only extraordinary songs, but milestones that have changed the course of modern music forever. Bowie’s vision and creative genius drove him to push the envelope, lyrically and musically – writing songs that challenged convention, changed the conversation, and have become part of the canon of global culture. His work spanned massive pop hits and experimental adventures that have inspired millions of fans and countless innovators, not only in music, but across all the arts, fashion, and media. We are looking forward to tending his unparalleled body of songs with passion and care as we strive to build on the legacy of this most extraordinary human being.”

“This fantastic pact with the David Bowie estate opens up a universe of opportunities to take his extraordinary music into dynamic new places,” said Warner Chappell Co-Chair and COO Carianne Marshall. “This isn’t merely a catalogue, but a living, breathing collection of timeless songs that are as powerful and resonant today as they were when they were first written. We were pleased that the estate felt that Warner Chappell has the knowledge, experience, and resources to take the reins and continue to promote a collection of this stature. All of our global leaders and departments are incredibly excited and primed to get to work with these brilliant songs across multiple avenues and platforms. And with both sides of WMG now representing Bowie’s career, we couldn’t be better set up to represent this illustrious body of work.”

“We are truly gratified that David Bowie’s body of music will now be in the capable hands of Warner Chappell Music Publishing,” the David Bowie estate said in a statement. “We are sure they will cherish it and take care of it with the greatest level of dignity.”

The deal doesn’t include Bowie’s pre-1968 recordings, which includes his self-titled debut album and various singles. New versions of some of the songs from that era are featured on Toy, which releases this Friday, one day ahead of what would have been Bowie’s 75th birthday.

The release of Toy is the culmination of the Bowie 75 celebrations, which have seen pop-up stores open in London and New York and the release in November of the Brilliant Adventure (1992-2001) boxset.

A new film on Bowie is expected to premiere at the Sundance Film Festival later this month. Directed by Brett Morgen, the documentary is four years in the making and features rare performance footage.

Bon Jovi Will Reunite For Rock And Roll Hall Of Fame...