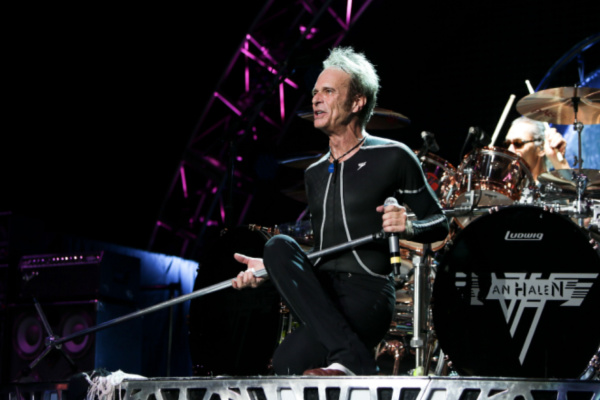 David Lee Roth has released a new single, which looks back at his time with Van Halen with great affection.

The song is called Nothing Could Have Stopped Us Back Then Anyway.

It also comes from a set of acoustic sessions, which Roth recorded with guitarist John5 in 2007.

These sessions were recorded alongside keyboardist Brett Tuggle and drummer Gregg Bissonette, who worked with Roth as part of his Skyscraper band.

“Dave and I have about 12 or 13 songs in the can for a future record”, John5 said of the material recorded.

“And it’s all acoustic. But not strummy, campfire stuff – I’m talking lots of cool, crazy jazz chords, and 50 or 60 overdubbed guitar tracks, with all this harmonising and other weird stuff going on. Dave’s vocals are incredible. He sings his a** off”.

On the track itself, John5 could not curtail his excitement.

“It’s unbelievable”, he said. “Being a Van Halen fan and a Dave Lee Roth fan, it’s unbelievable because it’s about Dave singing about Van Halen and what it was like. Really something special, so I really hope that comes out”.

John5 also said that these recording sessions created an album of new material.

These tracks include ‘Somewhere Over The Rainbow Bar And Grill’, which was released by Roth in 2020. It also includes ‘Giddy Up’, which came out last month.

As mentioned, the track looks back at Roth’s time with Van Halen with fond nostalgia.

The track’s YouTube thumnail even features a picture of the original Van Halen line up. It includes the following lyrics.

“We laughed, we cried, we threw the television off that balcony. That memory means so much to me“, “Remember when you safety pinned the tablecloth to my pants” and “Kicked out the restaurant to make the night complete, six pack and a happy meal on a park bench down the street”.

Speaking of Van Halen, Eddie’s son Wolfgang had his say as to why a tribute concert honouring his late father has not quite materialised.

Find out what he said here.