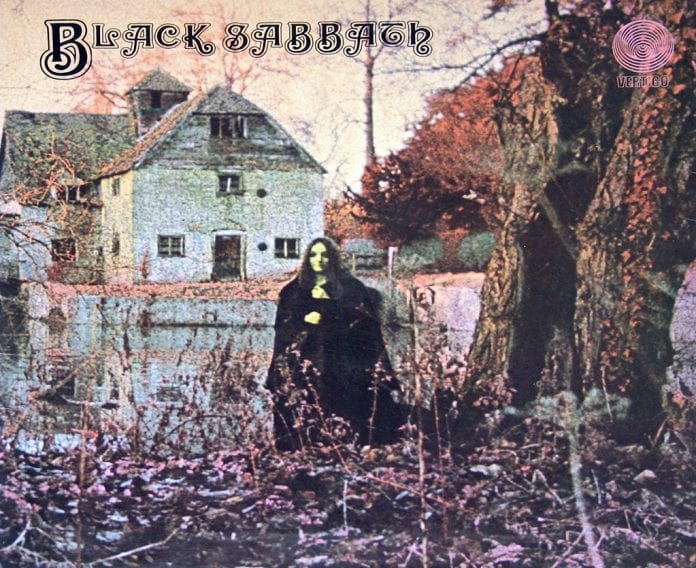 Black Sabbath released their debut self-titled album on this day 1970, on Vertigo records, in the UK.

Black Sabbath was recorded for Fontana Records, but prior to release the record company elected to switch the band to another of their labels, Vertigo records, which housed the company’s more progressive acts.

Released Friday 13th, the album Peaked at No.8 on the charts, it has been recognised as the first main album to be credited with the development of the heavy metal genre.

The band formed by Tony Iommi, Ozzy Osbourne, Geezer Butler and Bill Ward 1968, were originally called Earth Blues Company which was shortened to Earth. However another band went by the same name so Black Sabbath was born.

That’s when it all started to happen, “ Tony Iommi told writer Mick Wall. “The name sounded mysterious, it gave people something to think about, and it gave us a direction to follow.”

Black Sabbath was recorded in just one day. It was mixed the day after but Sabbath were not present for the mixing stage as they had a gig. The only effects added to the album were the tolling bell and thunderstorm that provide a chilling opening to the title track.

“We just went in the studio and did it in a day,” says Iommi. “We played our live set and that was it. We actually thought a whole day was quite a long time, then off we went the next day to play for £20 in Switzerland.”

Black Sabbath’s music and lyrics were quite dark for the time. The Birmingham crew who took to the stage for the last time earlier this month introduced a brand new sound to music. Largely owed to Iommi who, deveolped a distinct style of playing due to an unfortunate accident when he was 17. He lost the tips of the middle fingers on his fretting hand in a factory accident and he was told he wouldn’t play again. He crafted homemade plastic finger tips and detuned his strings to make it easier for him to play. This not only allowed him to play again but also created the distinct new sound that Sabbath became known for.

Black Sabbath was ranked #44 by Rolling Stone in their list of the 100 Best Debut Albums of All Time, describing the title track as the song that “would define the sound of a thousand bands”.