Home Music News On This Day In Music: Elbow’s Guy Garvey Was Born 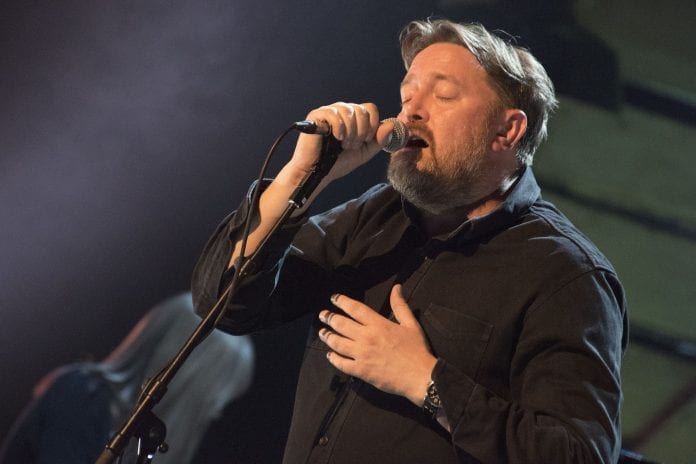 On this day in 1974 Elbow front man Guy Garvey was born in Bury Lancashire England. The birthday boy is one of seven siblings, and his younger brother is actor Marcus Garvey.

In the early 90s, while at sixth-form college in Bury, Garvey formed Elbow with Mark and Craig Potter, Pete Turner, and Richard Jupp. However they only took on the name Elbow in 1997; having originally been known as Mr Soft. As well as vocal duties, Garvey has also played a wide variety of instruments live including both electric and acoustic guitar, trumpet, and various forms of percussion. Guy, Craig, Pete and Mark went on to win the Brit award for Best British Group in 2009 and five of their studio albums have charted in the UK’s Top 10 since the release of their first LP in 2001.

Garvey, with Elbow, was  also commissioned by the BBC to write the theme song for the 2012 London Olympics and Elbow performed this song, “First Steps” at the closing ceremony of the Olympics.

Elbow released their seventh studio album Little Fictions last month which debuted at  number one in the album charts. The follow up to 2014’s The Take Off And Landing Of Everything, is the second number one album for the British four piece.

At the time front man Guy Garvey opened up to OfficialCharts.com about their success: “You always hope that you’re going to go up the charts. We’ve been in the Top 10 six times which is not bad but to be Number 1 is great!”

He also spoke about the pride he feels in sharing his success with the people around him, “The lovely thing about it is that people outside of music understand it. This is the best part about it for us. It makes our parents proud.”

Marty Miller and Conor Irwin were lucky enough to have the chats with the man himself during soundcheck on stage at the Olympia last month. With a baby on the way; a brand new album “LITTLE FICTIONS” just released and two sold out shows, Elbow front man Guy Garvey had plenty to chat about.

Elbow will play  Live at the Marquee in Cork this summer,  June 21.

Tickets are, available from www.ticketmaster.ie and at Ticketmaster outlets nationwide.

Hold Me, Thrill Me, Kiss Me, Release Me