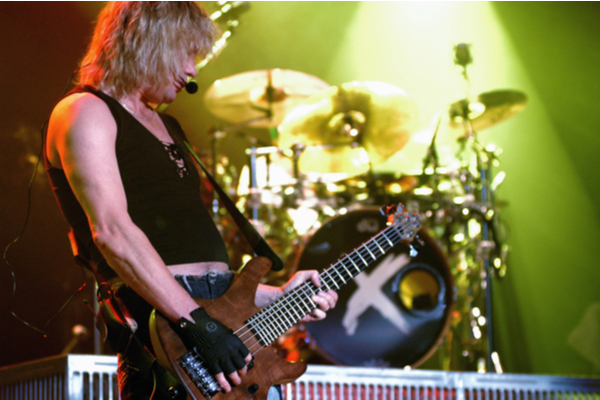 Following the success of On Through the Night, High ‘n’ Dry released in July of ’81 to become the Sheffield rocker’s second studio album. The 10-track set included massive hits such as Let It Go, Bringin’ On the Heartbreak, and title track; High ‘n’ Dry, which ranked #33 on VH1’s 40 Greatest Metal Songs. The album charted at #38 on the Billboard 200 and #26 on the UK Albums Chart.

With interviews from ACDC to ZZ Top, In The Studio With Redbeard is one of the world’s largest classic rock interview archives. Redbeard has produced a special Medium Rare episode to mark this special milestone for the High ‘n’ Dry album.

For this special, classic rock interview, Joe Elliott, Rick Savage, and Phil Collen open up on as to why co-founder Pete Willis had to leave after High ‘n’ Dry, when Steve Clarke was “allowed to remain” another eight years, when the pair had both suffered from alcoholism.

Host, Redbeard had this to say: “It had been a wonderful personal experience to watch the sweet, kind, grounded guys in the Sheffield England band Def Leppard grow up literally in public on their way to induction on the first ballot into the Rock and Roll Hall Fame. I had the great pleasure of meeting and interviewing several of the band members in Memphis on their first U.S. tour supporting their debut, On Through the Night, when not one of them was out of their teens (drummer Rick Allen, at age 15, was working in the country completely illegally!).”

Check out the classic interview here.

Earlier this year, Def Leppard unleashed a virtual chronicle of their whole history as a band with the Def Leppard Vault. It is the first ever collection of the band’s artifacts and related stories, curated from and told by Joe, Sav, Rick, Phil and Viv. The Def Leppard Vault will serve as a constantly curated museum, including special installations where fans can gather to see the band’s history from 1977 right up to now.