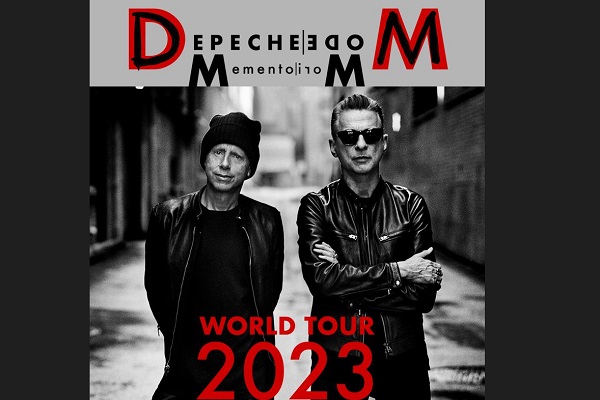 Depeche Mode have just announced a new album and brand new tour will be on the horizon in 2023.

Tickets will go on sale this Friday at 9am via Ticketmaster, and the shows will see Dave Gahan and Martin Gore take to the stage at Dublin’s Malahide Castle on 14 June 2023.

Tickets will cost €79.65 each, including booking fee.

This news was confirmed by band members Dave Gahan and Martin Gore at a special event in Berlin.

The pair confirmed that the tour will begin with a limited set of concerts in North America in March, before embarking across Europe. The North American performances include live shows at Madison Square Garden.

Beginning their European Stadium Tour on May 16, Depeche Mode will take to the stage in cities like Berlin, Milan, Paris, and London. More information can be found on the band’s official website here.

This tour will be supporting the release of Depeche Mode’s 15th studio album Memento Mori. The album is due to be released next Spring via Columbia Records.

The album will be a follow up to 2017’s Spirit record, which reached number one across 11 countries.

“We started work on this project early in the pandemic, and its themes were directly inspired by that time”, Depeche Mode’s Martin Gore said of the album.

Next year is to also mark the band’s first tour since the passing of keyboardist Andy Fletcher.

Martin Gore also added, “After Fletch’s passing, we decided to continue as
we’re sure this is what he would have wanted, and that has really given the project an extra level of meaning”.

Dave Gahan also added, “Fletch would have loved this album. We’re really looking forward to sharing it with you soon, and we can’t wait to present it to you live at the shows next year”.

Depeche Mode had previously hinted that new material was on the way back in August, by sharing a photo of them recording music. See here.