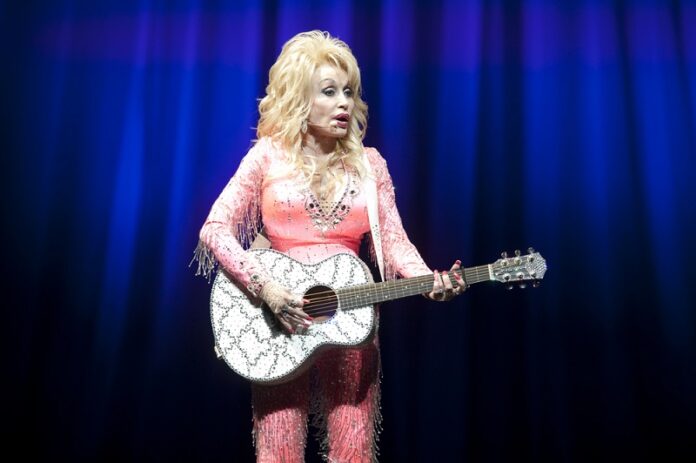 Dolly Parton announced that she’ll produce a “great rock album” if she were to be inducted into the Rock & Roll Hall of Fame.

The country icon is among those nominated for induction at this year’s ceremony, set to take place in May. Parton joins the ranks of Judas Priest, Rage Against the Machine, Pat Benatar, Kate Bush, Duran Rudan, MC5, the New York Dolls, Devo, Carly Simon, Beck, Dionne Warwick, Lionel Richie, the Eurythmics, Eminem, Fela Kuti, and A Tribe Called Quest for this year’s nominees.

“I was absolutely floored when I heard that,” Parton told Billboard in a new interview. “I’ve never thought of myself as being rock ’n’ roll in any sense of the word – but I guess they judge it on the music and the influence certain songs have had, and I guess I’ve had songs with other people in that realm. But I don’t know how they judge that.”

She continued: “I’m not expecting that I’ll get in. But if I do, I’ll immediately, next year, have to put out a great rock ’n’ roll album – which I’ve wanted to do for years, like a Linda Ronstadt or Heart kind of thing. So this may have been just a God-wink for me to go ahead and do that. It’s just nice to be nominated.”

Parton also commented on how pleased she was that the country music genre would be on display at this year’s Super Bowl with Mickey Guyton set to sing the national anthem. “I’m always tickled to death when country music is given the respect that I really think it deserves, and country music is so hot right now,” she argued. “We have so many great new artists – and to get to sing on the biggest show of the year, and for it to be one of our own, I feel like a proud parent.”

Ahead of her potential rock album, Parton also praised her god-daughter Miley Cyrus for embracing the rock genre over the last few years. Both Parton and Cyrus appeared in yesterday’s (February 13) Super Bowl commercial for T-Mobile. “I’ll do anything with and for Miley, and she said the same thing,” Parton said. “She’s like my fairy goddaughter.”

The Jimi Hendrix Experience- Are You Experienced?