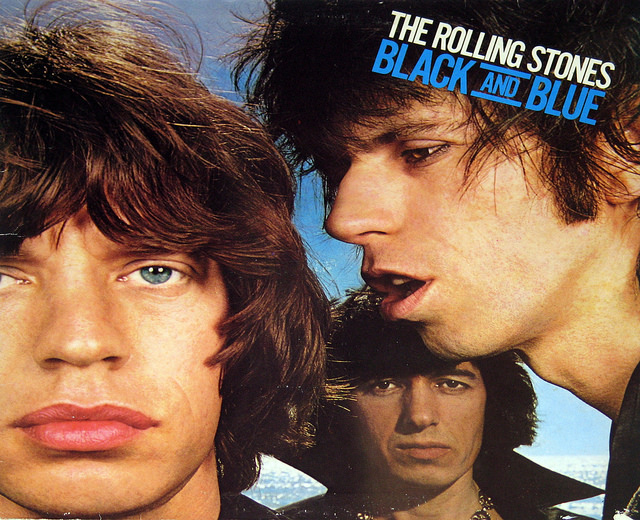 Black and Blue was the thirteenth album by The Rolling Stones and it was released on the 23rd of April, 1976. It was the first album to feature guitarist Ronnie Wood who replaced Mick Taylor.

The Rolling Stones recorded Black and Blue while auditioning Mick Taylor’s replacement, so it’s unfair to criticize it, really, for being longer on grooves and jams than songs, especially since that’s what’s good about it.

Yes, the two songs that are undeniable highlights are ‘Memory Motel’ and ‘Fool to Cry’, the album’s two ballads and, therefore, the two that had to be written and arranged, not knocked out in the studio; they’re also the ones that don’t quite make as much sense, though they still work in the context of the record.

No, this is all about groove and sound, as the Stones work Ron Wood into their fabric. And the remarkable thing is, apart from ‘Hand of Fate’ and ‘Crazy Mama’, there’s little straight-ahead rock & roll here.

They play with reggae extensively, funk and disco less so, making both sound like integral parts of the Stones’ lifeblood. Apart from the ballads, there might not be many memorable tunes, but there are times that you listen to the Stones just to hear them play, and this is one of them.