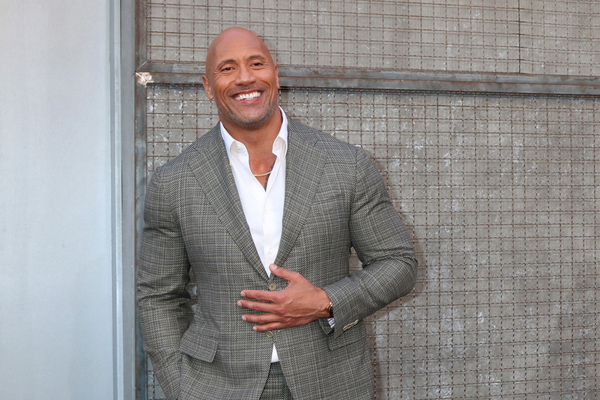 Earlier this week, Dwayne “The Rock” Johnson posted a photo via Twitter of an uncanny doppelgänger who was discovered in Alabama recently.

Would the real Dwayne Johnson please stand up?

Johnson posted a picture of his doppelgänger Eric Fields. Fields is a Patrol Lieutenant of the Morgan County Sheriff’s Office.

“Guy on the left is way cooler”, he also added, “Stay safe brother and thank you for your service. One day we’ll drink Teremana and I need to hear all your “Rock stories” because I KNOW you got ‘em”.

Oh shit! Wow.
Guy on the left is way cooler.
Stay safe brother and thank you for your service. One day we’ll drink @Teremana and I need to hear all your “Rock stories” because I KNOW you got ‘em 😂😈👊🏾🥃 #ericfields https://t.co/G38tOr68cW

Since going viral, Eric Fields has now broken his silence on the remarkable situation.

“I’ve been called The Rock and Vin Diesel’s love child”, he said. “I go along with it. It’s humorous. It’s flattering. It could be worse people, I guess”.

Fields also said the resemblance between himself and the Rock has become a “running joke” with his friends and colleagues.

On meeting Dwayne Johnson, Fields also told AL, “The blessing was really for me because he had a spirit that was just such a great person to meet”.

“He’s the real celebrity”, he continued, “Everybody knew him and loved him. It was a blessing to me. I go trying to bless someone else, and I come out with the blessing of meeting him. I wish the actual Rock could meet this kid. He’s the hometown here”, he added.

This unlikely fame came following a post on Facebook from the MCSO of a local man Tyler who asked to meet the deputy “that people say looks like the Rock”.

The post also read, “Sgt. Mason passed that along and Lieutenant Fields was happy to swing by the Hartselle Wal-mart to see him”.

“Tyler is one of their many hardworkers and it was great to meet him and some of his coworkers!”.

News on the real Johnson

As for Johnson himself, he told the Hollywood Reporter back in July that he will not appear for anymore Fast and Furious films alongside Vin Diesel. Love child or no love child!

“I wish them well on Fast 9″, Johnson said. “And I wish them the best of luck on Fast 10 and Fast 11 and the rest of the Fast & Furious movies they do that will be without me”.

Back in 2019, “The Rock” Johnson had to also deny that he was related to British Prime Minister Boris Johnson. More on that here.

Stuck For Something To Do Over The Festive Season? Look No...