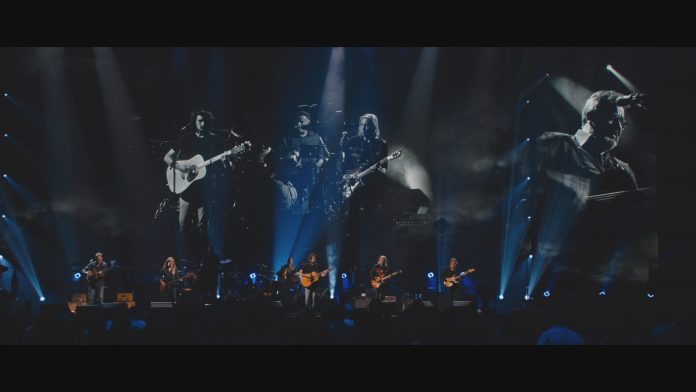 Eagles fans can get a first listen of the new “Eagles Live From The Forum MMXVIII” live album tonight at 10pm on Radio Nova’s Friday Night Live.

The album will be repeated on Sunday night at 9pm and all weekend you have the chance to win the new release on vinyl thanks to Warner Music.

Highlights from those concerts were recorded on 14 4K cameras and compiled for “Eagles Live From The Forum MMXVIII” , which will be available on CD, Blu-ray, vinyl and streaming on Friday, Oct. 16.

This November 7th will mark the 40th anniversary of the Eagles‘ first live album — which had five songs recorded at the L.A. Forum — Eagles Live.

Only one single was released from the set — an acoustic vocal workout on Steve Young‘s “Seven Bridges Road.” The song topped out at Number 21 and marked the Eagles’ final Top 40 hit until 1994’s “Get Over It” from the band’s Hell Freezes Over reunion project, which went on to reach Number 31.

Eagles retain an appeal that transcends both generation and genre, cementing the band’s role as enduring musical icons. As the best-selling American band of the ’70s, and one of the top-selling acts of all time, the Eagles have sold more than 150 million albums worldwide, scored six #1 albums and topped the singles charts five times. The band’s Their Greatest Hits 1971-1975 and Hotel California are the #1 and #3 best-selling albums of all time according to the RIAA, certified Platinum 38x and 26x respectively. They have won six GRAMMY® Awards, were inducted into the Rock & Roll Hall of Fame in 1998, in their first year of eligibility, and received the Kennedy Center Honors in 2016.

Listen to their performance of “Hotel California”

The Classic Album at Midnight – Paul McCartney and Wings’ Band...