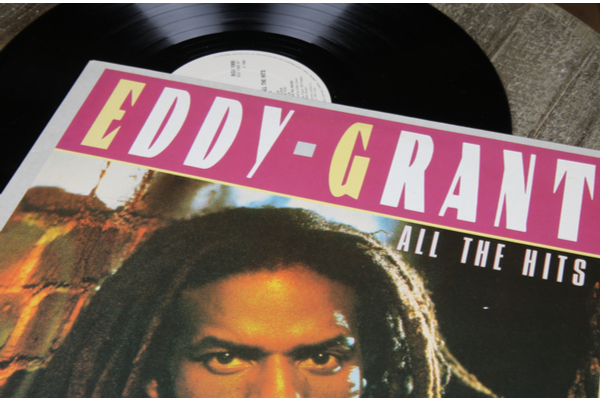 Eddy Grant has criticised streaming giants in how they pay royalties to musicians and said it is complete rubbish. The Electric Avenue singer has not released his music on to streaming platforms out of protest at the payment he would receive.

The streaming model has been facing scrutiny since the pandemic effectively halted live performance revenue in March 2020. The Digital, Culture, Media, and Sport Committee have also launched an inquiry into its economics. Many artists have hit out over streaming revenues in the past, with Eddy now joining the ever-growing list.

“By the time they have split up whatever it is between themselves, well it is legendary, you know it, everybody knows it – there is nothing there”, Eddy claims. “Now they are trying to fix that. But still, they are being reticent about looking after writers and publishers, saying that they are shops, apart from being record companies.”

Eddy feels streaming is “still in its formative stages” and would find it hard to tell his writers there is no payment for them. The singer expressed his frustration at music needing “500 million downloads before you can get a week’s wage”. He will not be releasing his music to streaming platforms “until it becomes something that is sensible, but it hasn’t reached a point yet.”

He said the money was “too slim – the onion has been sliced too thin, so I can see through it”. This has led Eddy to believe classic acts are selling their back-catalogues because they believed there was “no value” in them.

Artists including Mick Fleetwood, Neil Young, Blondie singer Debbie Harry and Mark Ronson have all sold ownership of their music. Bob Dylan’s entire back-catalogue was acquired by Universal Music Group back in December, a deal reported to be worth hundreds of millions of dollars, but Eddy believes they are worth so much more.

“I am absolutely a little guy in the world of the record business. I am trying to help and trying to make music and trying to do this and that for other artists and so on. But it is not long before I am pulled down because I just don’t have the kind of resources,” Eddy claims.

Eddy believes you can see this happening in the business today, with “everybody and his brother is selling out that which is most valuable to them. When you have got Neil Young and Bob Dylan selling his catalogue for 400 million dollars. Forget it. Bob Dylan must be worth twice that. So then why? Because they are seeing no value in it. They are seeing no future in it. Look, if I am wrong, I apologise to whoever it is, and I will be signing up with them shortly. But trust me. You know it ain’t going to happen like that.”