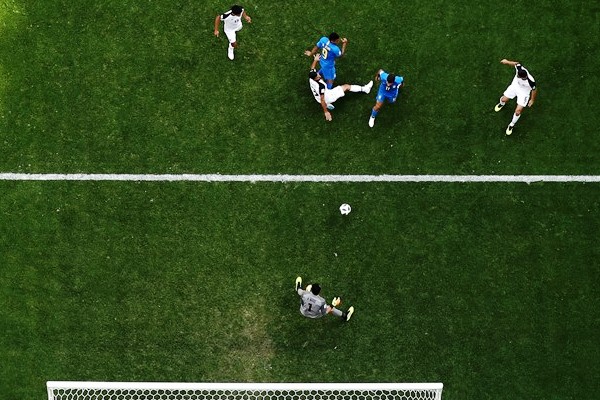 The refrains of the old ‘late late show’ theme came to mind as Brazil left it decidely late to seal their first win of the 2018 World cup finals in the heat of St. Petersburg against a game battling Costa Rica.

That goal was Neymar’s 56th for Brazil, taking him past 1994 world cup winner Romario in his country’s list of all-time leading scorers.

Brazil finally broke the resistence of Los Ticos as Philippe Coutinho nipped in to poke the ball past the Real Madrid stopper Keylor Navas with what was described as a very opportunistic goal – a striker’s finish from the midfielder.

The goal came in the 91st minute sparking scenes of joy for the Brazilian fans and abject misery for Costa Rica. Neymar was played in by Douglas Costa to volley into an empty net from a few yards out in the dying seconds.

Before all that, and Manchester City’s Gabriel Jesus had the ball in the net after 26 minutes but it was correctly ruled out for offside.

Brazil thought they had a penalty with 12 minutes left, when Björn Kuipers pointed to the spot after Neymar fell theatrically following a brief tangle with Giancarlo González.

But after consulting VAR, Kuipers deemed that there had been no meaningful contact and reversed his decision. Shortly afterwards both Neymar and Coutinho were booked for dissent.

It's the late, late show in Saint Petersburg, but it is a victory for Brazil!#BRACRC pic.twitter.com/EUt8Sc1FOa

Ryder Cup Deferred For 12 Months As Pandemic Claims Yet Another...