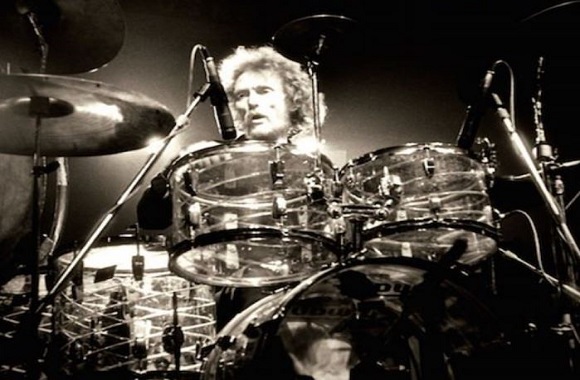 A tribute concert in honour of the late Ginger Baker, drummer and founder of Cream has been announced by Eric Clapton.

The concert called  ‘Eric Clapton & Friends: A Tribute to Ginger Baker will take place at London’s Hammersmith Apollo on February 17, 2020. Tickets are due out on sale this Friday, November 29th.

According to NME, the concert will be a celebration of the work that Clapton and Baker’s did together in the bands Cream and Blind Faith.

It will be a charity event and the proceeds will go to Leonard Cheshire, the health and welfare charity that aids people living with disabilities. The final list of performers due to appear on the night has yet to be announced.

Nettie, the daughter of Baker who manages his social media accounts, announced the event with the message: “Very pleased to share this news. Big thank you to @EricClapton.”

Baker who died recently at the age of 80 founded Cream in 1966 with Clapton and bassist Jack Bruce. They released four albums together including the influential ‘Disraeli Gears’ before they spilt up in 1968.

However, Baker and Clapton did continue to play together in Blind Faith which also included Steve Winwood of Traffic and Family bassist Ric Grech.

Baker had some success on his own and released 18 solo albums, the most recent ‘Why’ in 2014. He has collaborated with Fela Kuti on three albums.

Baker struggled with heroin addiction throughout his life, he told The Guardian in 2013 he had come off the drug “29 times”.

Tributes were paid to Baker, from the likes of Paul McCartney, his Beatles bandmate Ringo Starr, Mick Jagger, Flea of Red Hot Chili Peppers, Brian Wilson and more. He is survived by his three children.