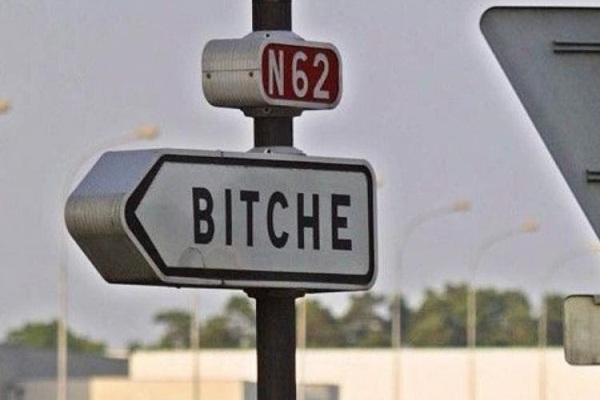 The small town, with a population of little more than 5,000, lies in the region of Moselle near the border with Germany.

It was assumed that Facebook’s algorithm may have confused ‘Bitche‘ (pronounced with a silent ‘e’) with an English insult.

Mayor, Benoît Kieffer, said in a statement that the town’s Facebook page was no longer published because it was “in violation of the conditions applicable to Facebook pages“.

The town’s authorities had created a new Facebook page named after the town’s postcode, “Mairie 57230” to maintain communications with local residents.

The official town page has been removed by Facebook,” the town said. “We have appealed, but for the moment it is still invisible.”

“The town’s Facebook page was hosted in a data centre located in Europe and hypothetically we assume that our page has migrated to an Anglo-Saxon server that has moderation and algorithms in place that remove illegal and problematic content!”

“The name of our town seemed to suffer from a misinterpretation.”

Facebook confirmed that the account had been unpublished due to an incorrect analysis by the platform’s systems.

“Facebook France teams have contacted authorities in the town of Bitche to inform them that the Facebook Page is live on our platform again.”

But Kieffer has criticised Facebook’s methods for monitoring content and says the platform must take responsibility for its policies.

“What happened to the town of Bitche demonstrates the inadequacy and limitations of moderation tools that only a human eye can appreciate, particularly with regard to the verification of sources,” Kieffer stated.

“The most surprising thing is that it took so long for Facebook to correct this incident,” he added.