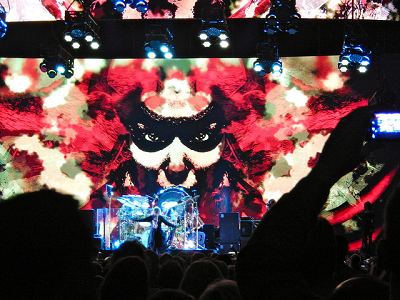 As the date nears for the 2015 Glastonbury tickets to go on sale, speculations are still flying around about who will be the headline act.

Last year more than one million people tried to get their hands on an estimated 150,000 tickets, which sold out in record time.

The 2014 festival headliners were Metallica and Kasabian, as for who’ll be performing in 2015, ‘rumours’ are rife that Fleetwood Mac are headlining the Pyramid Stage at Glasto next year.

Singer Stevie Nicks said that plans are “being discussed” for the band to reignite once again.

There was a sneaking suspicion that the group were to top the Glasto bill last year, but tour plans were cancelled due to bassist John McVie’s battle with cancer.

Thankfully John is recovering, Christine McVie has rejoined the band and fans have a hunch that Fleetwood Mac are destined to be this year’s headliners.

Also people have been interpreting Fleetwood’s UK tour around the same time as the festival as a definite sign. Nicks told Uncut “Chris is excited to come back to London. It’ll be soon probably May.”

She acted pretty coy when discussing the 2015 festival, “Glastonbury? You never know. You have to weave festivals in. It’s being discussed.”

Eavis has made no secret of the fact that he would love Fleetwood Mac to appear, saying in 2014, “we’re hoping to get them for 2015.” Eavis also confirmed that Prince was not one of the three acts already booked.

The Origins And Meanings Of The Libertines’ ‘Don’t Look Back Into...