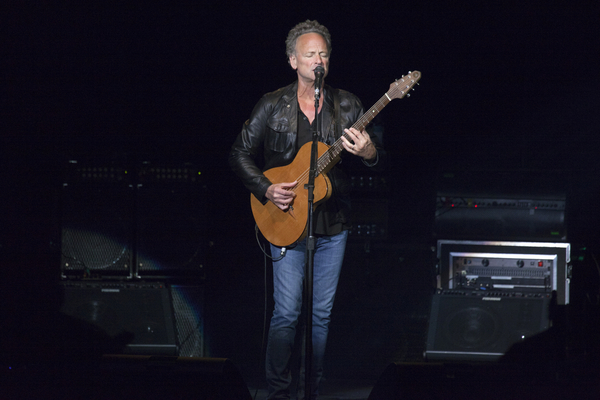 Titled On the Wrong Side, the new song sees the musician reflecting on his time with Fleetwood Mac. “It’s about the peaks and valleys of life on the road with Fleetwood Mac,” said Buckingham, who has compared the song to the Fleetwood Mac classic Go Your Own Way.

“Go Your Own Way is not a happy song, subject-matter wise, but it was an ebullient song musically,” Buckingham said in a statement. “This was sort of the same idea.”

Buckingham’s fans may find themselves somewhat confused by the title of his new single. The guitar-slinger previously recorded a song with the very same title. In 1994 he wrote On the Wrong Side for the soundtrack of the movie With Honors. The two songs have no thematic connection beyond confusingly sharing the same title.

A track-listing for the new album has yet to be unveiled but it will include Buckingham’s recent single I Don’t Mind.

“I wanted to make a pop album, but I also wanted to make stops along the way with songs that resemble art more than pop,” Buckingham said of the forthcoming record. “As you age, hopefully you keep getting a little more grounded in the craft of what you’re doing. For me, getting older has probably helped to reinforce the innocence and the idealism that hopefully was always there.”

Buckingham is set to promote his new album with a US tour in the autumn. The tour begins September 1st in Milwaukee, Wisconsin and ends December 20th in Boulder, Colorado. It will be Buckingham’s first tour since recovering from heart surgery back in 2019.

Buckingham began his musical career as one half of the duo Buckingham Nicks with Stevie Nicks. After the release of their 1973 debut album the pair were invited to join Fleetwood Mac. Buckingham became the band’s lead guitarist and one of three vocalists along with Nicks and Christine McVie. He also contributed in a songwriting capacity. By 1979’s Tusk he had become the driving creative force behind the band, encouraging a drift away from blues rock into more experimental fare.

In 1981, Buckingham released the first of six solo albums, Law and Order. He has since contributed songs to the soundtracks of films like National Lampoon’s Vacation and Back to the Future.

Buckingham left Fleetwood Mac in 2018 following a disagreement over which material should be played during live concerts. He has since said he would be open to rejoining the band but doesn’t foresee it in the future.