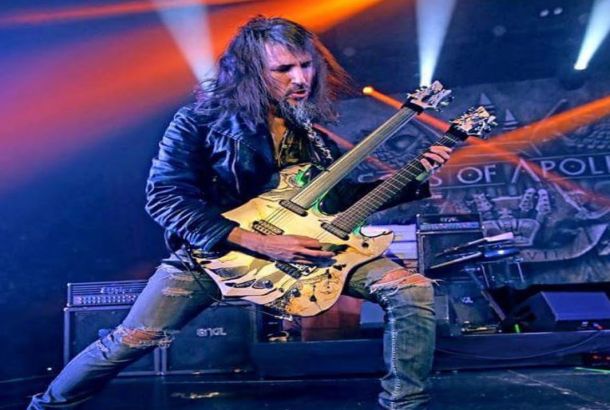 Thal, who played with Axl Rose and Guns from 2006-2014, is expected to perform with Donegal band The Midnight Preachers later on this month. Bumblefoot announced on his Facebook page that all the money raised from the gig will go towards the McLaughlin family to cover the legal costs for the ongoing trial.

According to The Sun, Bumblefoot spoke of how he didn’t hesitate to lend his time for the charity gig after hearing about the tragic woman’s passing from his friend Eoghan Johnston who is a member of The Midnight Preachers. The guitarist explained his desire to pay tribute to Danielle, “We wanted to put our efforts to bring people together in Danielle’s honour and give support to her family. I’ve been visiting the country for years – first with Guns N’ Roses, then lots of solo Bumblefoot guitar clinics, concerts and acoustic shows, and most recently with my band Sons Of Apollo.”

@gilbyclarke and @bumblefoot put on a hell of a show yesterday pic.twitter.com/f7MDkG24Ur

Meanwhile, Guns N’ Roses guitarist Slash recently opened up about the likelihood of a new GNR album. The guitarist said in an interview with Classic Rock magazine that “there’s no shortage of ideas” for a new Guns N’ Roses record. The riff master is set to release a new LP with Myles Kennedy and the Conspirators solo band next month.

Strands Of Kurt Cobain’s Hair Sold For $14,000 At Auction