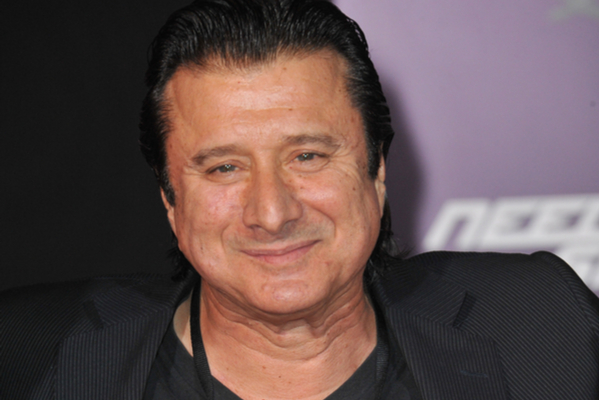 This LP features festive hits such as “Santa Claus Is Coming To Town”, “Winter Wonderland”, Have Yourself A Merry Little Christmas” and “I’ll Be Home For Christmas”.

Check out Perry’s cover of “Winter Wonderland” below.

“Home for Christmas is where everyone wants to be” – Perry

Steve Perry also revealed that recording this festive album was a deeply notalgic experience for him.

“When I was recording vocals for “I’ll Be Home For Christmas”; as I was singing “Please have snow and mistletoe and presents under the tree’….I was emotionally thrown into standing with my grandmother’s house staring through the door that I always hung with mistletoe”, he said.

He continued, “and then I saw her beautiful Christmas tree in front of her living room. I had to stop singing because it felt like I was really there. Back home for Christmas is where everyone wants to be”.

“The good news is I have too much original material. I just hope people out there want to keep hearing some material from me”.

You can view the album’s tracklist below.

“I’ve got some physical injuries from touring”, he also added. “It’s a tough thing, touring. People don’t realise. It’s like sports. I’m watching baseball these days and there’s injuries. People’s backs and necks start to go out. It’s a young man’s game, but I do miss it”.

As for Journey, their frontman Arnel Pineda said earlier this year that he would relish the idea of a Steve Perry return to the band. More on this report here.

He also faired pretty well following the release of solo track “Oh Sherrie” in the 1980s.