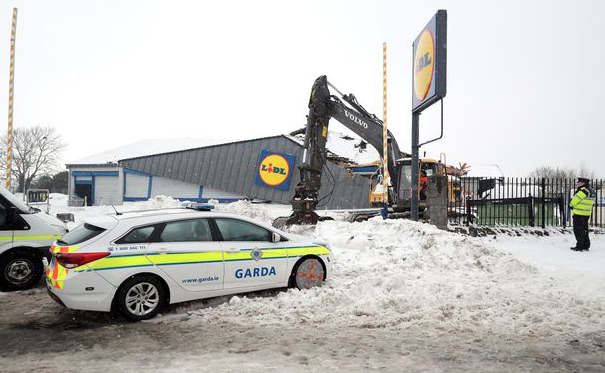 It’s back to business today for the Lidl outlet destroyed by vandals last March.

The Fortunestown branch in CityWest was attacked by looters during the big snow, and then destroyed with a stolen digger.

A new store’s been built on the site, and this morning it’s been welcoming its first customers.

“It was very shocking for everybody obviously – everybody in Lidl as well as the community in Fortunestown our main our main priority was the staff when we heard about it – so we made sure nobody approached the site and we had plans in place to redeploy everybody to the new store.”