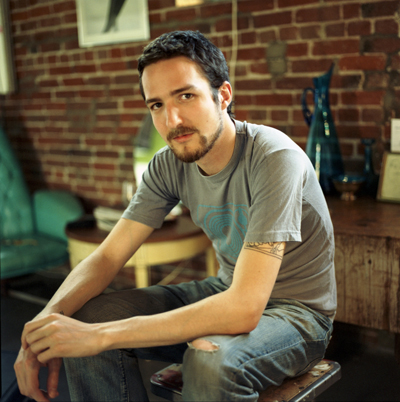 The singer-songwriter, Frank Turner, returns to the record stores next week with a new side project band going under the moniker ‘Möngöl Hörde’. The folk/punk musician saw a successful year in 2013 with his fifth studio album ‘Tape Deck Heart’, reaching number six in the UK albums chart. Turner’s new band will see a swift departure from the style of music heard on his solo work, as ‘Möngöl Hörde’ will embrace the hardcore genre.

Turner is no stranger to the heavier music after previously fronting the hardcore punk band, ‘Million Dead.’ He will be with familiar company in ‘Möngöl Hörde’, as he will be joined ‘Million Dead’ band member Ben Dawson.  ‘Mongol Horde’ will come out on May 26 through Xtra Mile Recordings and feature the songs ‘Casual Threats From Weekend Hardmen’, ‘How The Communists Ruined Christmas’, ‘Blistering Blue Barnacles’ and ‘Make Way’. The band are rushing the release of their self-titled  debut album so material will be available for their upcoming gigs at this summer’s Reading and Leeds festivals.

Discussing the new side project back in August 2012, Turner told NME that it will be different from his solo offerings,

“Musically it’s taking cues from bands like Jesus Lizard, Hot Snakes, Mclusky […] Lyrically it’s very different from what I do now, it’s kind of depraved. The first song we wrote is about Natalie Portman’s tapeworm using her as a glove puppet to lead an uprising in Hollywood. We’re writing a whole pile of new songs and we’re going to do some live dates soon.”