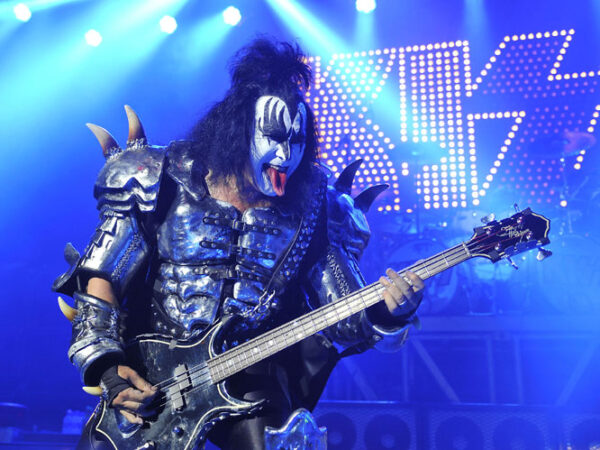 Having said back in 2014 that “rock is dead”, KISS’ Gene Simmons has doubled down on this bold claim, this time blaming “young fans” for it’s alleged demise.

Regarding the comments he made 7 years ago, the 71 year old, was asked by New York’s Q104.3 whether he was referring to radio airplay or streaming numbers.

Simmons said this, “In all ways. And the culprits are the young fans. You killed the thing that you love”.

He also added, “Because as soon as streaming came in, you took away a chance for the new great bands who are there in the shadows, who can’t quit their day job ’cause you can’t make a dime putting your music out there, because when you download stuff, it’s one-hundredth or one-thousandth of one penny. And so you’ve gotta have millions to millions, and even billions of downloads before you can make a few grand. And the fans have killed that thing”.

“Napster and all that stuff started to happen”

Simmons claimed that rock music died as a genre sometime after 1988 when “Napster and all that (illegal downloading) started to happen”.

“We’re gonna play a game. 1958 until 1988 — that’s 30 years. During that time, you got Elvis Presley, The Beatles, Jimi Hendrix, The Rolling Stones, just thousands of bands. You had David Bowie, you had Prince, U2, maybe us Kiss in the ’70s, AC/DC, METALLICA, and on and on and on. And disco, you had Madonna and Motown, great black music, forever. From 1988 until today, who’s the new Beatles? That’s more than 30 years. That’s around the time when Napster and all that (illegal downloading) stuff started to happen,” Simmons stated.

“Fox goes in and steals the first egg” Simmons

Simmons compared the situation regarding downloading of music by young fans destroying rock music to a fox stealing eggs from a chicken coop.

You can catch the interview Simmons gave to New York’s Q104.3 here.

QOTSA Among Many For Star Studded Elton John Tribute Album