Home Music Gerry Cinnamon And Guests To Play THE ACADEMY! 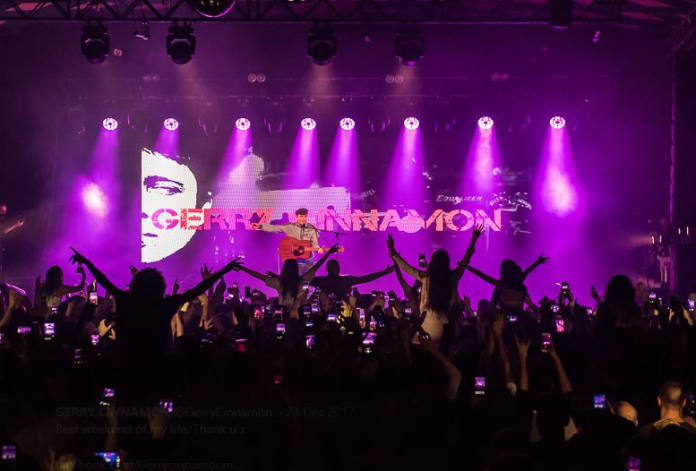 With no hype machine, no radio play and no record label backing, Gerry Cinnamon has achieved record breaking success and cemented his status as Scotland’s most successful independent artist.

And now the artist is making his way over to Ireland. Gerry Cinnamon and special guests were supposed to play Whelans on Saturday, June 2nd with tickets going on sale on Thursday, March 29th.

However, due to demand, the show has been upgraded to The Academy, but good news for fans because if you’ve already bought a ticket to Whelans, your ticket remains valid for the new venue!

It just took one Facebook post and less than five minutes, for Cinnamon to sell out multiple nights at the world famous, Barrowland Ballroom; becoming the first unsigned artist to do so and earning himself a place in the music institution’s hall of fame alongside the likes of David Bowie, Noel Gallagher, Paul Weller and Ocean Colour Scene.

The prestigious Barrowland ‘Hall of Fame’ award adds to his growing collection, including his Great Scot Award for Entertainment and Best Live Act in the Scottish Alternative Music Awards.

The singer’s music crosses generations in a way that only a handful of wordsmiths can – relatable, relevant and a true story teller.

In September last year, his hugely anticipated self-produced, self-released debut album Erratic Cinematic rocketed to the top of the iTunes album charts while his upcoming headline tour continues his legacy of selling out shows in minutes.

His inimitable live shows are infamous for their wild atmosphere and special sing along moments and with each track being so different, it keeps the listener on their toes. Using loop pedal harmonies and pounding kick drums, Gerry makes a habit of whipping the audience into a frenzy which sees them leaving on a high and wanting more.

Cinnamon stated: “Beautiful mayhem doesn’t even get anywhere near it. Never seen or felt that level of intensity from anything ever. Folk chanting the tunes like it’s the last song they’ll ever sing. Folk crying. Folk tearing their clobber off and launching it. Folk on shoulders with their eyes closed singing every word.”

Tickets €12.50 including booking fee on sale Thursday 29th March 9am.